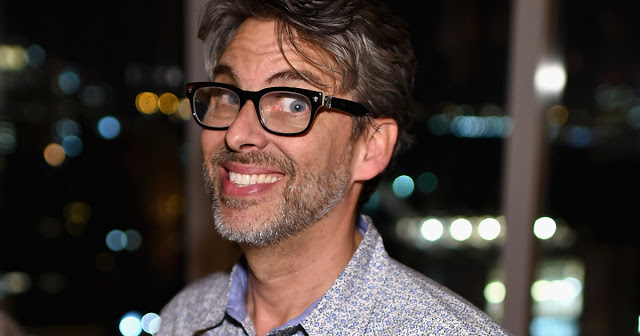 Last month, famed author Michael Chabon – who writes on Jewish themes and more recently edited a book about how horrible Israel is – wrote an “Open Letter to our Fellow Jews” together with his wife telling them all that Donald Trump is a Nazi sympathizer, a white supremacist and an antisemite, and insisted that every Jews in his administration resign immediately or be branded a traitor forever.

Let’s forget the idiocy of the premise of the letter. (I’m no fan of Trump but he is none of those things.)

Let’s look at how Chabon pretends to be SuperJew as he lectures his fellow Jews:

Now [Trump’s] coming after you. The question is: what are you going to do about it? If you don’t feel, or can’t show, any concern, pain or understanding for the persecution and demonization of others, at least show a little self-interest. At least show a little sechel. At the very least, show a little self-respect.
… To Ivanka Trump: Allow us to teach you an ancient and venerable phrase, long employed by Jewish parents and children to one another at such moments of family crisis: I’ll sit shiva for you. Try it out on your father; see how it goes.

He throws in a smattering of Hebrew! He must really care about his fellow Jews a great deal if he adds  some Yiddish and Hebrew phrases, right?

Tonight, exactly during Kol Nidre on Yom Kippur night, Michael Chabon is telling the world that selling his books is much more important than Judaism:

Join us at the Nettlehorst Auditorium for an evening with Pulitzer Prize-winning author Michael Chabon. Chabon will discuss his latest novel, Moonglow, with local author Kathleen Rooney.
Event date:
Friday, September 29, 2017 – 7:00pm to 10:00pm
Event address:
Nettelhorst Auditorium
3252 North Broadway Ave.
Chicago, IL 60657
I don’t care is Chabon is right or left, Republican or Democrat. But don’t lecture Jews about anything when you publicly and shamelessly tell the world that your making a little money is more important than Yom Kippur.
Or perhaps Chabon’s concept of Judaism is the same as that of antisemites, where making money really is more important than anything else. That is certainly how antisemites would view his shameless peddling of his book on Yom Kippur.
If that’s the case, I think I can safely say that Chabon is the one who is enabling and promoting the agenda of antisemites, neo-Nazis and white supremacists.
(h/t Michael R)