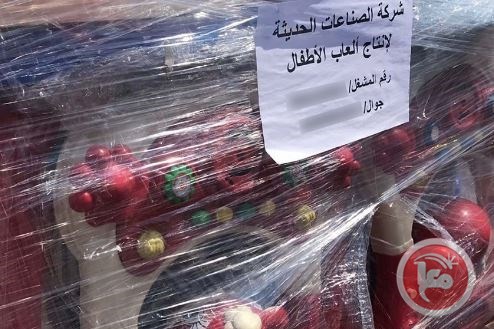 Yes, it doesn’t fit the narrative that the Israel haters want you to hear, but….

Israel still plans to build an industrial zone to employ some 5000 Gazans.

Israel is helping bring more medicines into Gaza, medicines that the PA has been blocking.

This week, Israel plans to return dozens of fishing boats that were confiscated when Gaza fishermen went outside the allowed areas.

Last week,  Israel allowed the export of five tons of toys, wood and textiles from Gaza to the West Bank to help the Gaza economy.

And in the West Bank, Israel has piloted a program to allow Palestinian exports to Israel to be much more streamlined, with remote Israeli security checks near the factories of origin and GPS devices on the trucks themselves (to ensure that they do not stop to load bombs or weapons) allowing the trucks to bypass the checkpoints and allowing goods to travel from Ramallah to Tel Aviv in two hours. The pilot factory has quadrupled the number of trucks being sent out and hired 60 more workers.

Israel always tries to ease the effects of its security measures on Palestinians while protecting its own citizens, which is the primary function of a state. It is a difficult job, and one that is unreported by a media that wants stories that can be explained in four words or less – “Israel bad, Palestinians oppressed.”