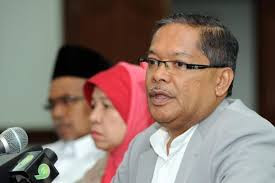 
A Malaysian lawmaker has caused outrage after he suggested rape victims should marry their attackers in order to lead a good life and help solve social problems.

Shabudin Yahya, the MP for the ruling coalition party United Malay National Organisation, said: “The thing is they have an opportunity – with a marriage they can lead a healthy and good life.” The MP’s statement came during a debate on Child Sexual Offences Bill in parliament.

“For a woman that was raped, if she can marry [that person] she would not go through such a bleak future. At least she has someone who can become her husband. So this will be a remedy for social problems,” Shabudin said.

He further went on to defend rapists by saying it was not fair to assume that a person who committed a sexual offence will continue to be a bad person. “Maybe he repents, or regrets. It’s better to have people who regret rather than people who do not regret. So in this case, let us not put an assumption that the person will remain bad. [Marriage] can be an exit clause for this problem,” he said.

He even said girls aged between 9 and 12 can be married off as they hit puberty at that age and the physical state of their body is already akin to them being 18 years old.

There is a secondary story here.

This story is widely covered in English-language Asian media outlets, and Shabudin’s statements have been condemned across the board by Muslims and others.

But even though Reuters picked up (and watered down) the story, most Western news outlets have stayed away from it.

The probable reason is that they are afraid to post it because of “Islamophobia” – even though most Muslims on the record are angry at the MP.

This is another dimension of media bias – what the media doesn’t report is often as indicative of bias as how they report the stories they do publish.