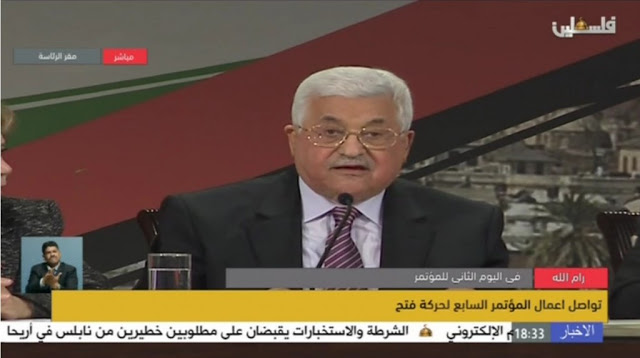 Mahmoud Abbas gave a three-hour long speech the the seventh Fatah conference in Ramallah on Wednesday.

Although he mentioned many times that he only supports “peaceful and popular resistance” he did say “at this stage,” meaning that he has no moral qualms with terrorism, but only tactical issues with it at this time.

And he proved that he is not against terrorism by calling out terrorists by name as “martyrs” in his speech. These included:

Abbas said of all these “martyrs” that “they are all our heroes, you will not forget them, they are immortal in our people’s memory, and the homeland of Palestine. Their sacrifices will not be in vain.”