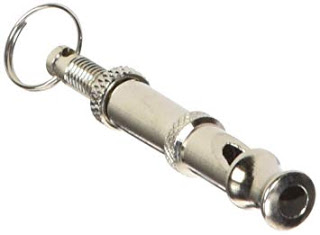 Dog whistle politics is defined as the use of certain code words or phrases that are designed to be understood by only a small section of the populace. Generally speaking, these are phrases that have special meaning to that subsection entirely independent of its meaning to others, and represent a particularly insidious use of loaded language.

In the wake of the Ilhan Omar tweet about AIPAC, I decided to make a list of antisemitic dog whistles. All of these words may be used legitimately, of course, but they also have special meanings to antisemites and in some contexts, to some audiences, they mean something far more hateful than the words or phrases themselves.

This list applies both to people on the left and the right, although they tend to use different dog-whistles, so some of these are surprising to some.

Some people on Twitter think “Benjamins” qualifies, since it is a Jewish name as well as referring to a hundred dollar bill. I’m not convinced – although that could change as a result of Omar’s tweet.

These is not to be mixed up with words like “goyim” or “Shlomos” which hardly ever have a double meaning when used nowadays. They aren’t dog whistles – they are whistles.

Certainly words like “ZioNazi” and “kike” are not dog whistles, but pure antisemitism.

This list, though, seems a pretty good representation of words that can cause hate while hiding in plain sight. The responses in social media to when they are used, or looking up how they are used in antisemitic neo-Nazi websites, gives one a good idea that these words are not always innocent.