There was a lecture this week at the Egyptian Opera House about Theodor Herzl, described in this article as the “imam of the Zionist.”

,Dr. Adel Al-Sayyid, lecturer at the Department of Political Science and Contemporary History at the University of Innsbruck, just published a book about Herzl and he discussed his findings. 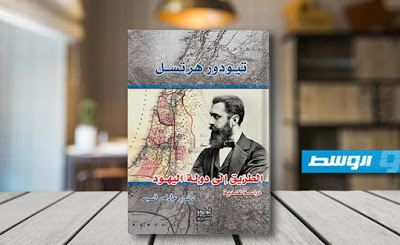 In the lecture, the author said that the rush of some Arab rulers today to cooperate with Israel without solving the basic question of Palestine will not contribute to resolving the crisis and will not end the conflict and the dispute between Jews And the Arabs.

Al-Sayyid emphasized that if only the Jews would have moved to Argentina or Chile, then the Jewish problem in Europe would have been solved and there would be no Israel to cause such problems.

The lecture discussed Herzl’s motivation for Zionism but does not mention the Dreyfus Affair. Therefore, the author could say that the only antisemitism was in Tsarist Russia and the Western European Zionists planned to use Russian Jews as cheap labor to build the land.