The Lebanese Broadcasting Corporation televised a backgrounder after the Istanbul nightclub terror attack, mentioning other terror attacks around the world that targeted dance clubs.

It mentioned incidents like the Pulse attack in Orlando, and the Bataclan attack in Paris. 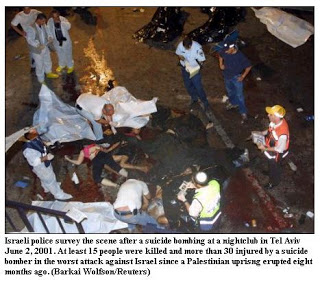 It also listed the Dolphinarium massacre in Tel Aviv in 2001 that killed 21. And the suicide bombing attack against a gaming club in Rishon LeTzion  in May 2002 that killed 16.

One is terror, the other is “legitimate resistance.”

LBC wasted little time to cave and apologize to the terror group, saying that Hamas actions are legitimate under the Hague Conventions and that everything Hamas does is to fight the “occupying state.” (Needless to say, they aren’t.)

LBC added that “Israel was and will remain an enemy state.”