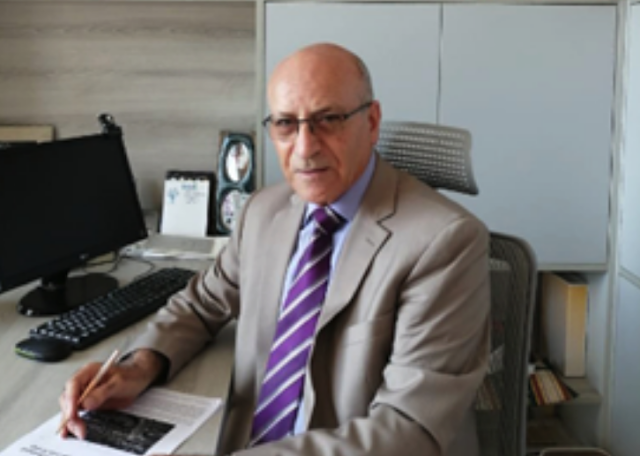 The number of explicitly antisemitic articles in Arabic media has skyrocketed with the coronavirus.

This latest example is an essay titled “Know Your Enemy” in the Lebanese news site Al Binaa.

Columnist Wajdi Al-Masry starts off with the hoax Benjamin Franklin speech that supposedly says that Jews should be expelled from America.

It goes downhill from there.

He talks about Neturei Karta, which he describes as having “tens of thousands of followers,” but he decides that since they still believe that the Messiah will come one day and Jews will return to Israel, they are just as much an enemy as every other Jew. He continues:

If this proves anything, it proves that [Lebanese philosopher and socialist Antoun] Saadeh’s theory is right, the theory that says that the Jews are our enemy and not only the Zionists. This differentiation between Judaism and Zionism is one of the Jewish deceptions meant to distract from the danger of the Jews to the entire world. If there are some voices that criticize Israel’s policy and the lies of its leaders and their falsifying of facts and history, these voices are no more than a few dozen. Thus, (these voices) are an exception that does not influence the rule. Our view of this rule – not differentiating between Judaism and Zionism – will change only when Jews begin leaving their religion and all the racist, condescending and sidelining notions that stem from it, and when (the Jews) will distance themselves from it and from all its political results/effects, and when those (Jews who reject Judaism and Zionism) will become an active majority that can lead to change. (Only) then it will be possible to really (re)examine our stance (that Jews are the enemy, not only Zionists).

So guess what, Jewish Voice for Peace and IfNotNot and +972 Magazine and Jewish Worker: Your anti-Zionism does not soften the opinions of antisemitic Arabs towards you. They hate you just as much as they hate Zionist Jews, and they think of you are a major deception in trying to pretend that you are different from most other Jews.