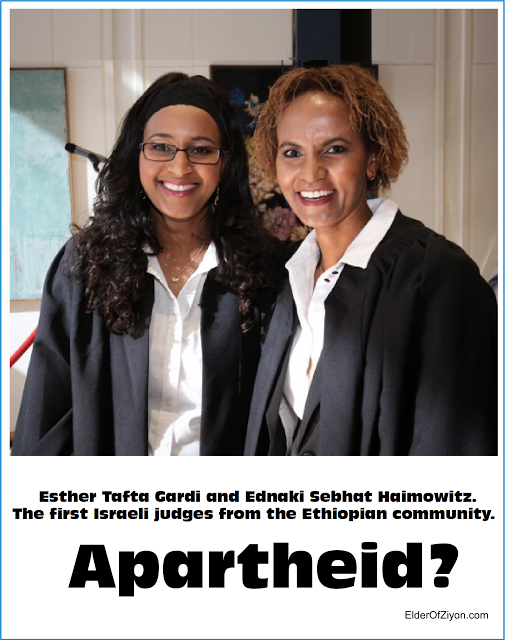 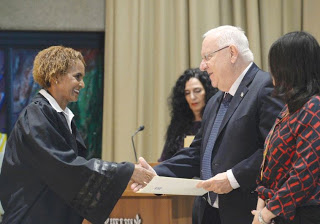 Two women from Israel’s Ethiopian community broke through the glass ceiling on Tuesday, becoming the first to be appointed judges. They were among six women who were included in the 13 new judicial appointments as judges and registrars serving in the district, magistrate’s and traffic courts in Haifa and Tel Aviv.

Although there is no shortage of Ethiopian-Israeli lawyers, none had previously reached the bench.

At the appointments ceremony at the President’s Residence, Ednaki Sebhat Haimowitz and Esther Tafta Gardi were the last two judges to be called to make the pledge not to pervert the law or to show favor. Haimowitz has been appointed to the Central District Magistrate’s Court, and Gardi to the Haifa District Traffic Court.