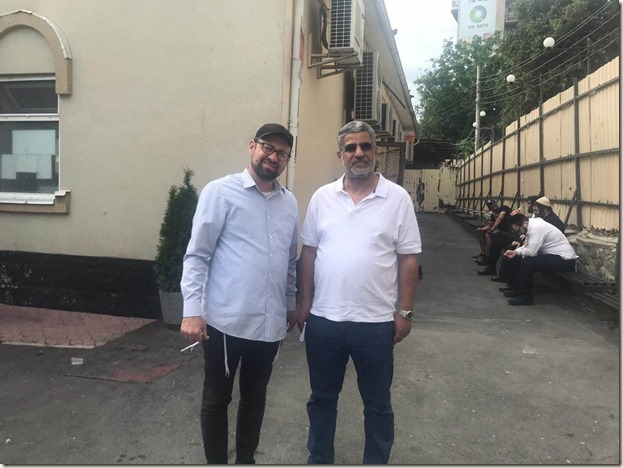 Bechadrei Hareidim reported this week that the Kuwaiti ambassador to Ukraine visited a Jewish shrine and a kosher restaurant.

Rashid Hamad al-Adwani visited the grave of Reb Nachman of Breslov  in Uman on Sunday along with Jewish activists Haim Hazin and Shlomi Elisha.

Adwani said that he had heard about the place a lot, and wanted to see what it was about. He also said that he wanted to eat at a kosher restaurant, since Muslims can eat kosher meat.

Kuwait has no relations with Israel and has traditionally been very anti-Israel in all international forums.

According to the hosts, nothing political was discussed.