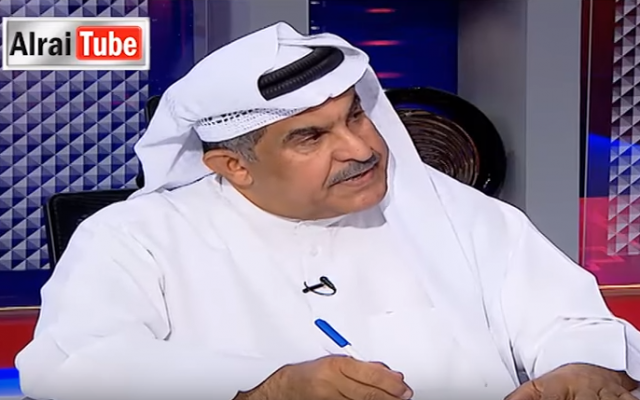 Abdullah Al Hadlaq was in the news a couple of months ago when MEMRI translated an interview of him saying Israel was legitimate, that he wants peaceful coexistence between Arab states and Israel, and that there was no Palestine before 1948.

Now he has a column in Kuwait’s Al Watan saying that UNRWA should be defunded:


Everyone agrees completely with the sharp and logical criticism of the UNRWA by President Donald Trump. It is a biased and racist organization that perpetuates the refugee issue (Palestinians!), as well as the so-called right of return. The role of the Organization seems to be aimed at the destruction of the State of Israel, and the United Nations must therefore stop funding that racist organization until it vanishes.

On January 5, 2018, Washington froze $ 125 million in funding for the United Nations Relief and Works Agency for Palestine Refugees (UNRWA), days after US President Donald Trump threatened to halt aid to the Palestinians in the future.

This is the case in which all forms of financial support and international funding of UNRWA must be stopped as long as their decisions are subject to the methods of terrorism, exclusion, racism and non-observance of the rights of other peoples. This approach is followed by the terrorist Hamas movement that governs the Gaza Strip and imposes it on UNRWA curricula and schools.

He may be an anomaly, but this stuff would not have been published anywhere in the Arab world a year ago.