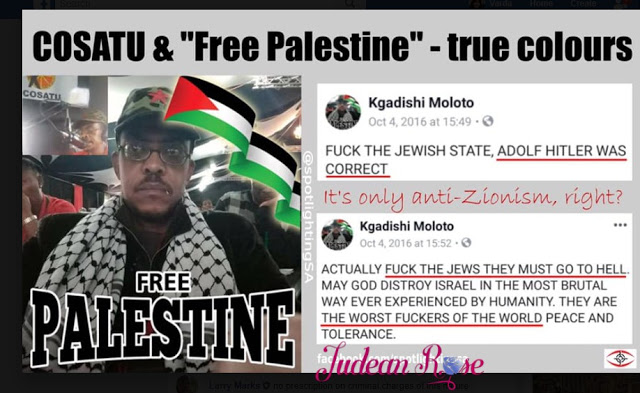 Kgadishi Moloto is the deputy director of the treasury in Gauteng, the economic center of South Africa, a province that includes Johannesburg and Pretoria. He’s also a raving antisemite. When Moloto is not calling for the genocide of the Jewish people by cruel and painful methods, he’s accusing Israel of murdering babies. 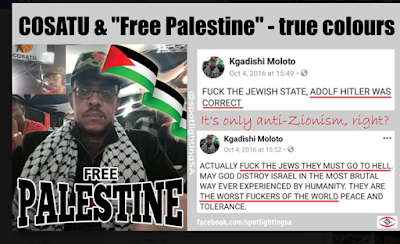 Moloto is a Communist. He is heavily invested in the Congress of South African Trade Unions, or Cosatu. Cosatu is allied with the ANC and the South African Communist Party (SACP) as the Tripartite Alliance.
Moloto retweetsevery tweet issued by Cosatu along with retweets of anti-Israel calls for action from the Jewish Voice for Peace (JVP).

We’re asking all those who value justice, equality and freedom to #skipAIPAC! @SpeakerPelosi pic.twitter.com/RUvvsaXWl0

When not disseminating hate or preaching the joys of communism, Kgadishi enjoys running in marathonsas part of the Gauteng Provincial Treasury team. 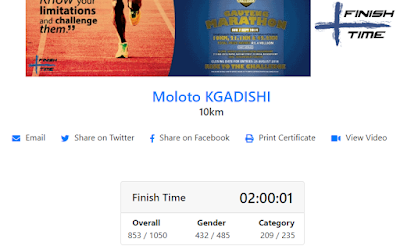 Antisemitism is rising, naked and blatant throughout the world. We don’t need polls to see it. Germany’s Merkel gave Bibi a talking to about his comments regarding Jewish sovereignty in Judea and Samaria. After all, Germany must bear the stain of murdering 6 million Jews. How else can it do this except by maligning Israel and ordering it around?

In South Africa there are people like Kgadishi Moloto who need a scapegoat, someone to hate. They like to point a finger at Israel. And they don’t care about the truth. Perhaps post-Apartheid South Africans also fling mud at Israel to take the weight off their own ugly history, to rise above feelings of inferiority.

Moloto chooses to believe the lies, the false narrative and the propaganda, instead of seeing the truth. Here is the truth:  in Israel, Arabs are treated in Israeli hospitals. Arab doctors operate on Jewish patients and Jewish doctors operate on Arab patients. In Israel, Arabs shop side by side with Israelis in Israeli supermarkets, Arabs sit on buses and trains alongside Israelis, and there is an Arab justice serving in Israel’s High Court.
But in Judea and Samaria, Jews are not allowed to enter Arab villages. 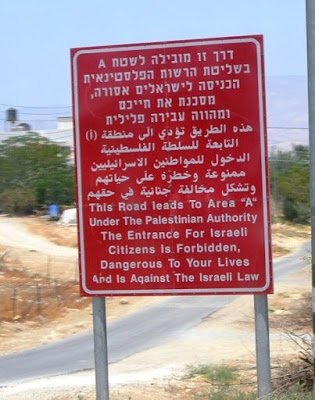 It is the same everywhere. Israel must serve as the world’s whipping boy, the one who must always absorb everyone’s shame and the blame, and be an outlet for the world’s frustrations.
And while the world is hating us, it tells us that antisemitism is nothing special, no different than any other hatred. Just one more hatred in a pantheon of hatreds.

Amazing how so many millions of people claim to be descended from holocaust survivors or holocaust victims. It’s become an #islamophobicTrope to some Zionists, and an insult to genuine victims of Nazi Genocide.. We’re all descended from survivors of one holocaust or another. #BDS

In the U.S., the Democrats have underscored this idea with their resolution. The resolution tells us that hating Jews is no different than hating blacks or gays.

These ideas embolden haters everywhere. People holding government positions like Moloto, and certainly random haters on social media who tell us there is nothing to see here. Nothing at all.