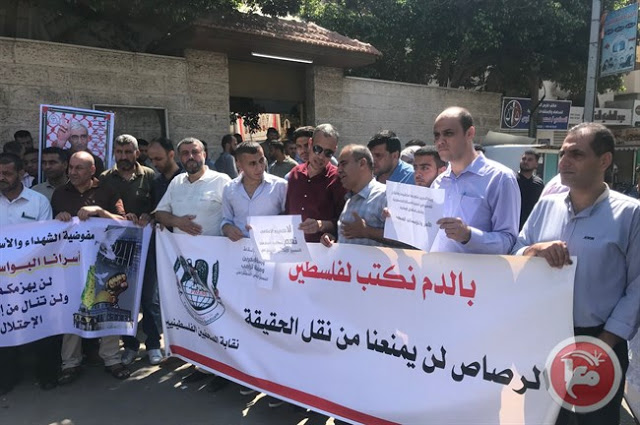 They demonstrated in front of the headquarters of the Red Cross in Gaza, for some reason, to protest what they called the normalization of information about the workshop in Bahrain.

“The demonstration today is to denounce the attempts to normalize the workshop in Bahrain,” said leader Ahed Farwana.

The word “normalization” now doesn’t only mean to treat Israel and Israelis as human beings, but even to cover stories that somehow can be perceived as benefiting Jews and Israelis!

Farwana called for the boycott of Israel and its media and to criminalize any journalist who participates in the workshop, noting the decisions of the General Union of Arab Journalists, which criminalized normalization with Israel.

When Western media uses Arab stringers, or reports on Gaza news sources, they never mention that the people they are dependent on actually oppose any kind of journalistic standards. To them, politics is more important than truth.

Sadly, too many Western journalists agree with that idea.