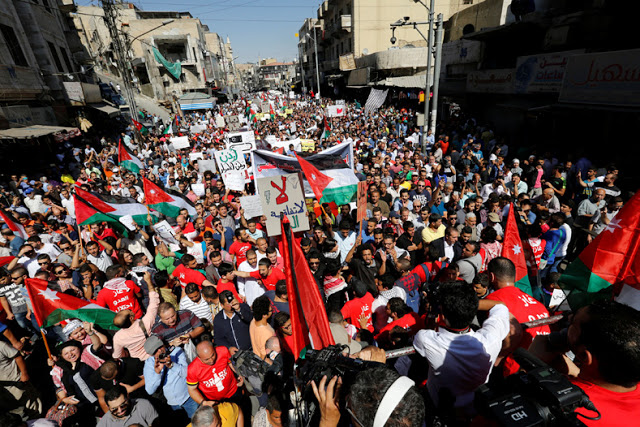 Jordanians swarmed through the streets of Amman on Friday in a large demonstration titled “The Enemy’s Gas is Occupation.” Chanting “Raise your voice for dignity” and “No to the shameful deal,” Jordanians of all backgrounds and occupations expressed their rage at a secretive US$10 billion gas deal that will supply 1.6 trillion feet of gas to Jordan from the offshore Israeli-controlled Leviathan natural gas field over the course of 15 years.

The peaceful demonstration was dispersed by security forces after only half an hour, yet the demonstrators’ message demanding that officials in the Hashemite monarchy be held accountable was widely broadcast throughout global media.

The march reflects the widespread Jordanian antipathy toward the Israeli state, and the view that their future utility bills will benefit the continued occupation of Palestine. Half of Jordan’s population is estimated to have Palestinian roots, while approximately 2.1 million refugees from Palestine are registered in the kingdom.


Activists also called for switching off the lights for an hour at 9pm on Sunday “to show the public’s rejection of the gas deal”, she added.

Demonstrations have also taken place in the southern governorate of Karak, some 130km from Amman, where residents headed to the city centre to denounce the agreement, locals said.

The engineers’ association and other organisations will “step up” protests over the coming weeks in Karak, a city that has boycotted Israeli products since 2015, said Wissam Majali, the director of “A city free of Zionist merchandise” campaign.

“This week’s protests, campaigns, and activities will mark the start of demonstrations and initiatives to demand the total reversal of the gas deal and to show the public’s outrage towards the agreement,” Majali told The Jordan Times.

Notice the antisemitic poster in this photo of a lightbulb turned into a religious Jew with blood coming out of his fangs: 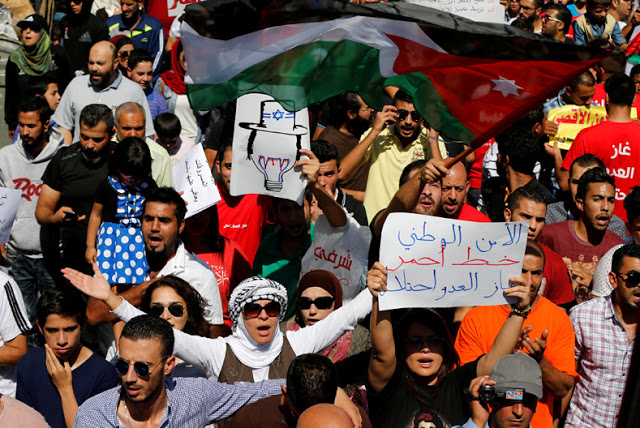 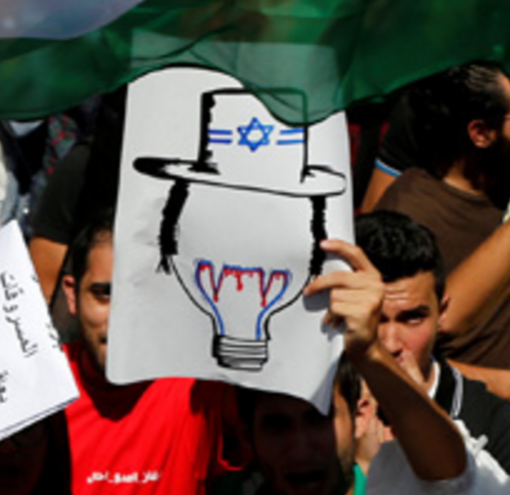