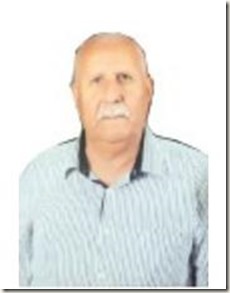 With all the news about Black antisemitism recently, don’t forget that the Arabs can spin up a wild antisemitic conspiracy theory with the best of them.

In a series that started on Saturday in Addustor of Jordan, Abdul Hamid al-Hamshari informs his well-primed Jew-hating audience that

Jewish families contributed to building the Jewish personality and the Jewish state’s domination of the financial world, the media, arms trade and manufacturing and hospitality. For centuries, it dominated Europe and America:Rothschild, Rockefeller, Morgan, Baruch, Murdoch and Pritzker, by monopolizing the majority of the money of their countries’ banks, especially the central ones, the oil and weapons industry, and the world of hotels and the media, all went at a steady pace, proving their existence in their respective areas of competence, especially those working in the financial world. …

The Rockefellers and the Morgans weren’t Jewish, but, why worry about pesky details like that?

The Rothschild Jewish family – the owner of the empire of the worlds first and world banks – was one of the wealthiest families during the reign of Napoleon I and many see it as the one who encourages and nurtures most wars….It became the first empire in the world of finance and international banks, to the point that its total wealth reached about 500 trillion dollars.

Only $500 trillion? They must have fallen on hard times. An Egyptian TV host two years ago said they were worth $700 trillion.

The article goes on to say the Rothschilds inserted Israel in the Middle East to destroy the Arabs economically, and mentions in passing that they were behind the assassination of Abraham Lincoln and John F. Kennedy. The Rothschilds were also behind the Balfour declaration and Chaim Weizmann was the major “dean” of money in Europe at the time. (He was not a banker.)

In part 2, we learn that these trillionaires are putting together a scheme to kill most of the world’s population, desiring only a billion people on Earth.

The theory of the golden billion states that the white race is from Europe, America and Japan, and the third layer of society such as Arabs and blacks should be wiped out, and today we live in the age of the golden billion already, but they are looking for possible means to rid the world of the surplus of people on earth with wars or lethal diseases. The Corona epidemic very well might be the product of this family or its followers.

For some reason, the article then goes back to the 19th century and that other famous “Jewish” family the Rockefellers which controlled America in the early 20th century.

One can only imagine what new things we will learn in Parts 3 and beyond.