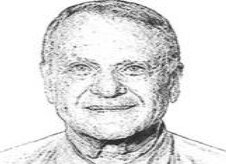 Walid M. Sadi, writing in Jordan Times, writes that Jordanians are still not used to the idea of having peace with Israel 25 years after the peace treaty.

His Majesty the late King Hussein made a strategic decision when he decided to sign the Wadi Araba Peace Treaty due to far-reaching strategic considerations and out of consciousness of the country’s long-term national interests, despite all the pitfalls and dangers associated with it. King Hussein must have felt that on balance, entering into a peace treaty with Israel would serve Jordan’s national interests more than maintaining the status quo. Yet, some quarter of a century later, many Jordanians have yet to get used to the implications of that peace treaty, and cling to the notion that anti-normalisation with the Zionist state serves Jordan’s interests more.

He feels that a line needs to be drawn between what Jordan must do to legally uphold the peace treaty and what it must do to avoid any warming of relations between the two countries:

Jordanians at large do not differ on the need to cool off relations with Israel for as long as it continues its current path of defiance of everything sensible to the Palestinian’s overtures for peace. But when it comes to “normalisation” per se, it would be difficult to reconcile such a stance with the letter and spirit of the peace treaty. This growing stance is clouding the national thinking and judgments on many regional projects.

The government is called upon to speak out more coherently on this dividing subject, with a view to providing guidance to the public on what is right and what is wrong when it comes to the bilateral relations between Jordan and Israel.

I wonder what Palestinian “overtures for peace” he is referring to.