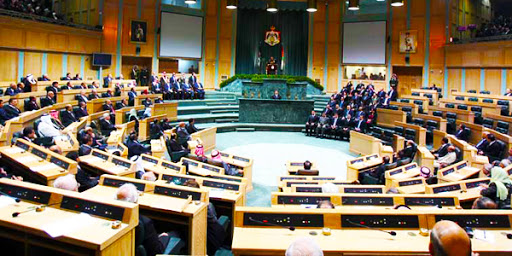 The Speaker of the Jordanian Senate, Faisal Al-Fayez, is sponsoring a campaign to be launched by the Palestine Committee in the House of Representatives on Thursday, titled “The Return Campaign … My Right and My Decision.”

The campaign aims to collect a million signatures affirming the right of the return of all Palestinian refugees to their homeland along with compensation.

Al-Fayez confirmed during his meeting with the President and members of the Parliamentary Committee of Palestine Sunday, in the Senate, that the right of return is a sacred right and cannot be relinquished, and that King Abdullah II is clear in asserting that “neither resettlement nor the alternative homeland [Jordan]” is acceptable.

The petition is supposed to be given to the London-based Palestinian Return Center which will in turn deliver it to the United Nations.

There are some two million Palestinian citizens of Jordan. Jordan is the only Arab country that used to allow Palestinians to become citizens. But even now, some 70 years after they gained citizenship, they are still treated as different from “normal” Jordanians.

This petition, sponsored by the Jordanian government itself, tells the Palestinians citizens – in no uncertain terms – that they are not wanted, that they really belong in Israel. But they dress up that desire for ethnic cleansing of their Palestinians as defending a “right” to move to Israel, pretending that they are actually supportive of the millions they want to get rid of.

This is how the entire Arab world has treated Palestinians since 1948 – outward support for their cause and for “return” masking a desire for them to move anywhere else.

Yet no “human rights” organization calls out Arabs for their disgraceful treatment of their “brethren.” Human Rights Watch and Amnesty both twist international law to pretend that there is a legal “right to return.” Furthermore, while they work against statelessness of all other peoples, they don’t pressure Arab nations to make Palestinians citizens even after 71 years; even after most Palestinians were born on their soil.

Same as it ever was.