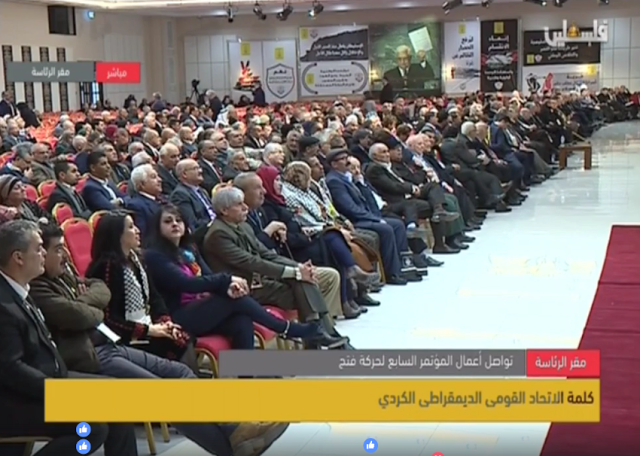 We have heard about tensions between Jordan and the Palestinian Authority before, but this is stunning:

The Nov. 24 report in the Gaza-based Donia al-Watan website caught some by surprise. It stated that Jordan’s 26 delegates to Fatah’s seventh congress due to open Nov. 29 are no longer attending the congress due to “technical, logistical and security reasons.” The exclusive report stated that the Fatah leadership reassigned the seats to Syrian and Lebanese delegates to the congress.

Najeeb Qadoumi, who was to lead the Jordanian-Palestinian delegation to the congress, confirmed the report to Al-Monitor. “It was a request by the Jordanian government, and the Palestinian leadership accepted it,” he said.

Omar Kallab, a Jordanian Palestinian political activist from Gaza, told Al-Monitor that the decision follows rising tensions between Ramallah and Amman. “The last years have seen a cooling of relations for a variety of reasons. … The controversy over the FIFA [presidency] vote for Prince Ali bin al-Hussein of Jordan [Jordan claimed the head of the Palestinian Football Association did not vote for Prince Ali] and the disagreement over the installation of cameras in Al-Aqsa Mosque were some of the problems that have caused this tension,” he explained.

Kallab said that Palestinian rejection of a recent push by the Arab Quartet (Jordan, the UAE, Egypt and Saudi Arabia) was the final blow in the relations. “The Palestinian delegates were unable to answer in the affirmative when asked if they can guarantee that the results of the Fatah congress would be to the liking of the Quartet,” he said.

In the internal discussion between Jordan and the Palestinians, the issue of divided loyalty was brought up. According to Hani al-Masri, a leading independent Palestinian strategist, the issue of citizenship was used in the discussion to persuade the delegates to stay away from the conference in Ramallah. “Delegates to the Fatah congress were told that they risk losing their citizenship in Jordan if they chose to attend the congress,” Masri said in a column published Nov. 22 in the Lebanese daily As-Safir.

Abbas said that there were some 60 delegations from more than 20 countries at the conference. There are at least three lawmakers from Jordan there, but this article appears to say that the kingdom has banned any Jordanians of Palestinian descent from attending and it greatly reduced the original delegation of 26.