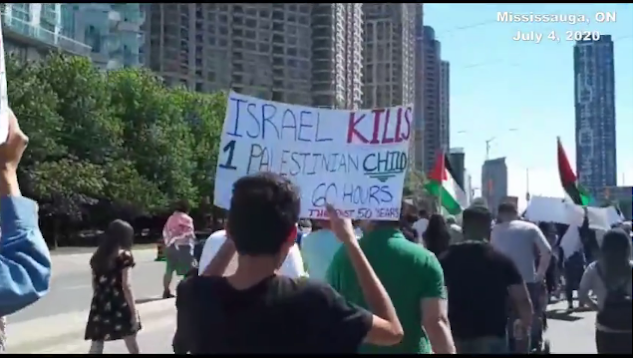 From The Documentation Project:

The Arabic for that last line, which you can hear on the video and which is obviously well known to the protesters, is “FALASTEEN BLADNA W EL YAHOOD KLABNA.”
Here’s the video.
Will any leftist Jewish group object to being called their dogs?
Of course not. Dhimmis don’t have the right to object to what their overlords say.