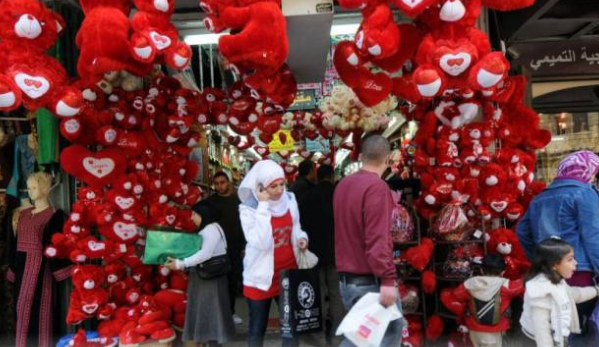 The Deputy Grand Mufti of Jerusalem and the representative of the Palestinian House of Ifta, Sheikh Ibrahim Awadallah, made it clear that celebration of Valentine’s Day is forbidden in Islam, stating that any relationship outside of marriage is a violation of Islamic law.

Awadallah said in an interview with Ramallah News that the holiday is not in line with the Islamic religion, and that Valentine’s Day “is a tradition for the infidels.”

Awadallah did say that Islam urges love and affection among people, citing the hadith “Do not enter Paradise until you believe, and do not believe until you gain one’s affection”, but on the condition that love is not linked to an illicit affair, explaining that the only valid holidays in Islam are Eid Al Fitr And Eid al-Adha; adding any others is forbidden.

When asked about an Egyptian fatwa that allowed Valentine’s Day celebrations, he said that this only applied to within marriage. However, he didn’t say that married Palestinian couples can celebrate Valentine’s Day, perhaps because he cannot conceive of a marriage where the couple remains in love.

Saudi Arabia used to forbid Valentine’s Day until they got an updated fatwa allowing it in 2018. So far, though, the Palestinian Authority does not have official religious police like the Saudis do (Hamas seems to have informal religious police in Gaza.)