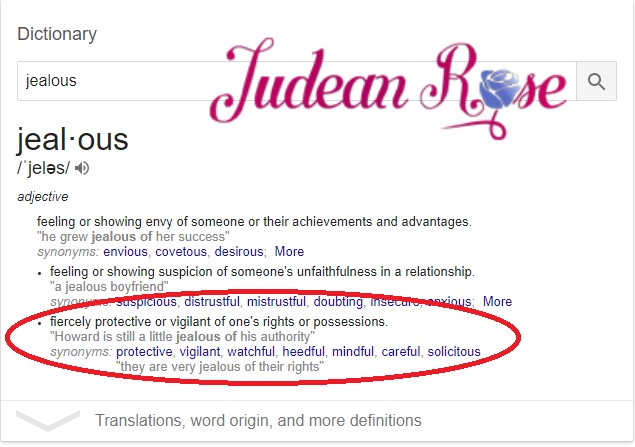 If I forget thee, O Jerusalem, let my right hand forget her cunning. Let my tongue cleave to the roof of my mouth, if I remember thee not. If I set not Jerusalem above my chiefest joy. (Psalm 137: 5-6)

The deadline for delaying the implementation of the Jerusalem Embassy Act of 1995, has come and gone, with no signature having been affixed to the provision. President Trump hasn’t signed the waiverthat lets the U.S. off the hook for moving the U.S. embassy to Jerusalem. It is the first time this has happened since 1998, when the provision for what turned out to be a permanent biyearly delay, signed by president after president, took effect.
On Tuesday, President Trump announced he would indeed be moving the embassy, however it would take time to plan and execute the move. Four years. So he’s going to sign the waiver yet again.

For technical reasons involving funding, Trump will have to sign that waiver until such time as the doors of a new embassy open in Jerusalem, the official said.

Trump, meantime, has offered his recognition of Jerusalem as the capital of the Jewish State.
With a caveat:

This, in other words, is President Trump saying that Jerusalem is for sale, a property that can be negotiated. Whether or not Israel agrees.

In what universe is this friendship?

This sort of “recognition” is the last thing Israel needs.

Even the president’s declaration that the U.S. embassy will be moved to Jerusalem, meanwhile feels like it may be a bluff, a cover-up for kicking that can down the road.


To underscore that new policy understanding Trump [will direct] the State Department to create a plan to relocate the embassy to a site in Jerusalem, the officials said, adding that it could take at least four years to execute the move.

This is nonsense. All the talk of security needs, of finding a suitable physical plant, and etc., is very nice and all these things can be implemented with the passing of time. But moving the embassy technically requires only changing a sign. The American Consulate is already in Jerusalem. The sign affixed to that building can be changed to read “embassy” instead of “consulate.”
And that can be done right now. It could have been done in May. It could have been done on the first day that Trump assumed office.
All these years, Jerusalem has been shunned. Her honor sullied. And some people think that Jerusalem has now regained her rightful place in the eyes of the world, as a result of the announcement of the intentions of a sitting U.S. president.

This man, at the same time, says that the borders of Israel’s sovereignty in Jerusalem are yet to be determined. This being the case, how is it that those on the Trump Train remain gleeful? What right does anyone have to say that our capital, our holy city, is negotiable?

I am jealous for Jerusalem, as all of us should be. Jerusalem has now been snubbed, scorned, and rebuffed every six months by presidents Clinton (who let the Jerusalem Embassy Act pass by leaving it unsigned on his desk) through Trump. Trump signed the waiver in May, breaking his promise to the Jewish people. Now Trump says he will move the embassy, but will sign the waiver anyway; recognizes Jerusalem, but says it is a piece of real estate to be negotiated.

In this game of opposing statements: a capital that can be negotiated, recognition and nonrecognition, President Trump lets the State Department win, and spurns Jerusalem once more.

And still, everyone knows the truth. Which makes this worse in a way. Makes all these machinations of U.S. officials ugly and dishonest toil. Because we all know that the Jews were in Jerusalem before Christ, and before Mohammed. Before there was an Arab people.
Jerusalem is mentioned 850 times in the Torah, not once in the Quran.
The Jews have prayed for Jerusalem for generations, yearned for it to be rebuilt speedily in our time, at weddings, holidays, and in our daily prayers. No other people has Jerusalem playing so central a part over thousands of years.
The Christians know it. The Muslims know it.
Everyone knows that Jerusalem is ours.
No one gets a pass. Not Donald Trump. Not anyone.
Situating and maintaining the American Embassy in Tel Aviv has been a continuous slap in the face to America’s best friend in the Middle East: Israel. It’s been an ongoing slap in the face to the Jews. And a slap in the face to God Himself, many times over.
Europe(plus ça change, plus c’est la même chose), which tried and failed to eradicate the Jews, has been desperate to keep Trump from recognizing Jerusalem as a Jewish city. Various Araband Muslimentities, meanwhile, threatento go out and kill the Jews should the embassy be moved. And the State Department uses these threats to pressure the president to sign the waiver once more.
It’s ironic. The Arabist State Department uses terror as its cover to rob the Jews of Jerusalem. Yet terror is ever-present in Israel. So it’s a very flimsy cover that doesn’t make sense to any thinking person.
And if Israel is willing to take the risk of terror in exchange for moving the embassy, why should it be any concern of the U.S.?

The State Department fears that the entire region could blow up with internecine warfare (with attendant universal fallout)?

Now? With Israel having cordial relations with so many Arab countries and with said Arab countries having bigger fish to fry?
This is not to say that moving the embassy would not bring an increase in terror. Of course it will. They’ll go out and do their thing, the terrorists, if Trump moves the embassy. That will happen even with this half-recognition of Jerusalem using mere words. The terrorists? They’ll call terror “legitimate resistance.”
Which means: Kill the Jews.
But the terrorists would do that anyway. They’re always doing that. Trying to kill us and sometimes succeeding.
If we were to let that stop us, let the killing deter us from reaching important goals, the State of Israel would not now be here. We wouldn’t be the awesome friend that we are to the U.S., sharing technology and knowledge, and helping to defend U.S. interests.
If we allowed the terrorists to win, Israel wouldn’t be, would cease to exist.
And anyway, the State Department could, if it truly wished, put a damper on that terror. All it has to do is close the wallet. Close the PLO office.
Instead it makes empty threats, and then caves.
Here is something President Trump needs to know: Arabs respect strength. If you live in the Middle East, you come to understand this and appreciate it. You have to meet their bluff, even when it’s not a bluff, but the real thing.
It’s how you end up on top. The only way.

Weakness is the reason the Arabs hated Obama. They hated him because he actively supported terrorists, and looked away from evil.

For all that it looks as though Trump is the most friendly president ever, a good friend to the Jews, by not changing that sign on the consulate, and by saying that Israel’s sovereignty over Jerusalem is negotiable, Trump is slapping the Jews in the face, and showing weakness to the Arabs. He’s giving the terrorists a leg up, and pushing the Jews down, forcing them to grovel for tidbits.
It’s wrong. And it’s no way to treat a friend.
We should all be jealous for Jerusalem’s honor. We should demand that justice be done instead of congratulating ourselves over President Trump’s recognition/nonrecognition of our capital.
The president should have moved the embassy on day one of his presidency. He should have had that sign on the American Consulate changed.
He could do that today.
It is sad to say, but the president has wronged Jerusalem.
And this has been recorded in the annals of history.
For all time.