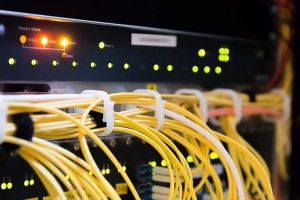 According to initial assessments of the incident, the spokesman revealed, a late-night cleaning crew at Mossad headquarters jostled a device that was in the middle of complicated hardware upgrades, and as such had been left in an exposed position. The cleaning crew performed its usual routine, but the device, located in a server room that employees enter on average only once a week, became activated when a cleaner’s mop swabbed a sensitive panel. The accident caused a chain reaction in the agency’s quantum mind-control matrix that led to the Minneapolis death at the hands of police of an African-American, a death that in turn sparked protests that soon turned violent, even deadly – and in many cases resulted in widespread looting and a breakdown in law and order across the Unites States.

Mossad technicians only realized on Tuesday that the stateside violence came from their machine, when a different maintenance task took them to the same server room thirty stories below ground level. “It was only then that someone noticed the riot device was active,” the spokesman stated. “From that point forward, our agents and tech people have been working around the clock to reset things on our end, but much of the damage is already done in New York, Los Angeles, Portland, Washington, and Minneapolis, just to note a few hotspots.”

The debacle represents the Mossad’s most significant acknowledged foul-up since the election of Donald Trump to the presidency in late 2016. “That was a whopper,” recalled independent intelligence analyst Glinn Grenwald. “Afterwards we saw a skilled effort, to some degree successful, to paint Trump’s election as a successful operation, but in fact the Mossad was as blindsided by the outcome as Putin was. This one, with the looting and the riots, and the dishonest coverage all around of police activities, well, that’s quite a cluster**** in its own right, but doesn’t quite rise to the level of Donald Trump assuming the most powerful office in the history of the world.”

Observers also drew comparisons to the 1967 sinking of the USS Liberty, 9/11, Hurricane Katina, and several other incidents for which Israel often gets blamed but in fact the CIA orchestrated.