The Jewish Left has often accused members of the Right of engaging in antisemitic dogwhistles. A number of Trump campaign ads were specifically called out as highlighting Jews while saying codewords like “global special interests” and “large corporations.”

Perhaps the most famous recent example from the Left was the London mural of global financiers named Freedom for Humanity that Jeremy Corbyn praised before changing his mind: 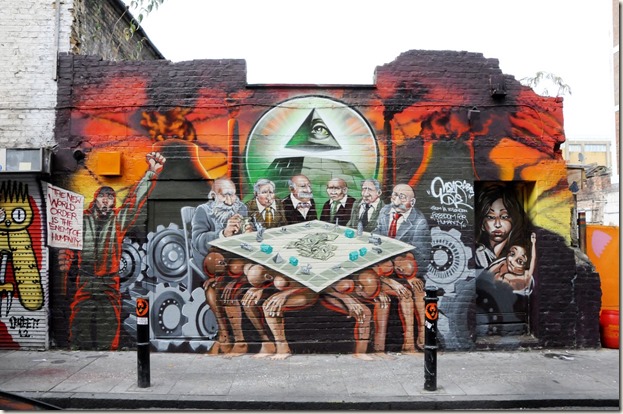 I am more reluctant to call either of these antisemitic. Conspiracy theories, sure, but I think the bar needs to be higher for something to be considered unambiguously antisemitic; the mural included four non-Jewish men along with two Jews although it admittedly played on Masonic and Jewish caricature tropes.

Either way, though, if those two examples are considered to be antisemitic, then this graphic made by J-Street certainly is as well: 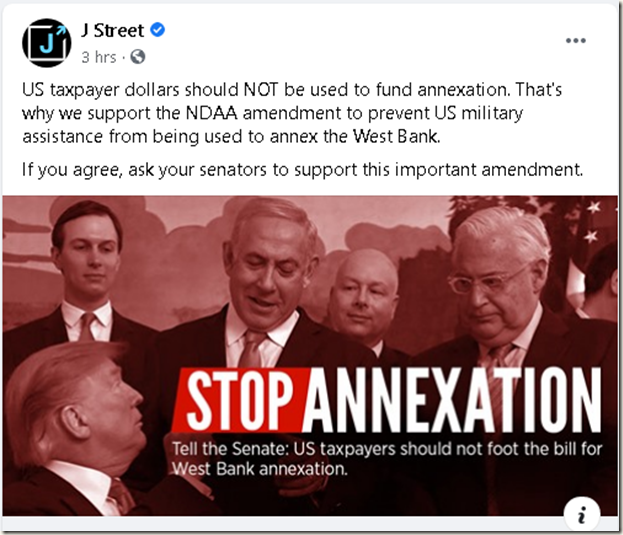 The President of the United States, appearing somewhat confused,  looks up from a position of subservience for advice from not one but four Jews who can tell him what he should do.

It is hard to say that this isn’t evocative of an Elders of Zion-level conspiracy theory of Jews controlling America.

The graphic is designed in a way to hide what the photo was about – President Trump giving Netanyahu the pen with which he just signed the declaration of recognizing Israeli sovereignty over the Golan. 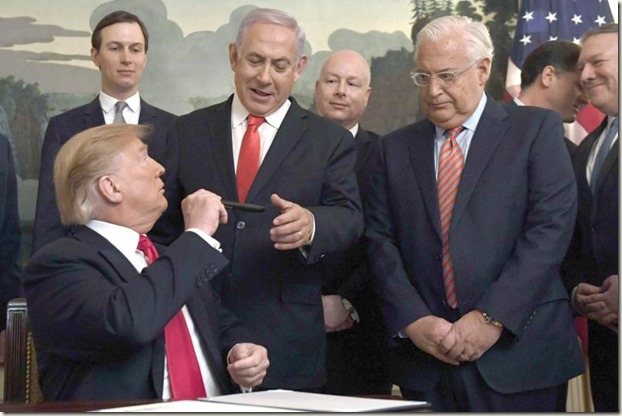