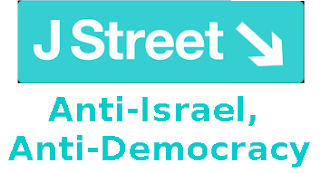 I received this email from J-Street:

We need your help to fight this administration’s complacency on the dire situation in Gaza.
Senator Bernie Sanders has drafted a letter, signed by several colleagues, urging the State Department to act now to stem the violence and help alleviate Gaza’s humanitarian crisis.

The letter outlines specific steps the US government can take, including:

UNRWA should not exist. Gazans may need aid but UNRWA is not the vehicle for it, since it was meant to be a temporary agency and now it does far more evil than it does good. Pointedly, J-Street does no tcal lfor it to be reformed, for the “right of return” that it insists on to be treated like the thinly veiled wish to destroy Israel that it is.

Israel’s restrictions on people and goods is for Israel’s self defense. If J-Street has studies that show it can be done better without impacting Israel’s security, I’d love to see it. As it is, J-Street’s position has consistently been that if the Israeli government does something, it oppose it.

As far as paragraph 2 is concerned, that shows J-Street’s hypocrisy even more. Haaretz reported in February:


Israel presented humanitarian assistance plans at the gathering for the rehabilitation of the Gaza Strip with a focus on desalination, electricity and natural gas infrastructure projects in addition to upgrading of the industrial zone at the Erez border crossing with Israel. The total cost of the projects is estimated at a billion dollars, which Israel asked the international community to fund.

Isn’t this what J-Street is demanding with the Sanders letter? Yet J-Street did not say a word in support of Israel’s plan to build Gaza’s infrastructure in ways that would help Gazans and not endanger Israelis.

J-Street doesn’t give a damn about Gazans. They are just using them to bash Israel – just like the Palestinian Authority itself. As far as I can tell, J-Street never once condemned Mahmoud Abbas for restricting medicine and power to Gaza.

This Sanders letter does not even pretend to address Israel’s security concerns.