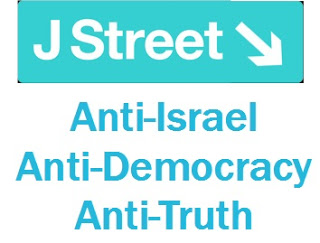 J-Street’s website brags about how effective it was in lobbying for senators and members of Congress who supported the Iran deal.

They aren’t telling you the truth.

In the Senate, J-Street’s candidates did particularly poorly.

A trusted source who tallies these sorts of things tells me that:

– J-Street PAC spent tens of thousands of dollars on ads to support former Senator Russ Feingold, who was way ahead in the polls before J-Street got involved and made the Iran deal an issue. he lost to Republican Ron Johnson, who became the first Republican Senator to win reelection in Wisconsin in a presidential year since 1956.

Even in the House, J-Street is looked upon as toxic.

– Out of 31 competitive congressional races that J-Street got involved in, its candidates won only 7.

I also looked at J-Street’s poll of Jewish voters that make it look as if they overwhelmingly support the Iran deal. The questions they asked were the worst sort of leading questions.

As you may know, the United States reached an agreement last year with Britain, Germany, France, China, Russia, and Iran that places significant limits on Iran’s nuclear program to prevent Iran from developing a nuclear weapon in exchange for lifting economic sanctions on Iran. Details of the agreement include: putting international nuclear experts on the ground to inspect Iran’s nuclear facilities, and capping the level at which Iran can enrich uranium to far below what is necessary to make a nuclear weapon. In exchange, Iran receives phased sanctions relief, including the unfreezing of up to $150 billion in Iranian assets as it complies with the terms of the agreement. Do you support or oppose this agreement?

The question doesn’t say anything negative about the deal, so naturally the people surveyed said that they were somewhat supportive of the deal.

In short – don’t trust a word J-Street says. They are trying to gaslight you.