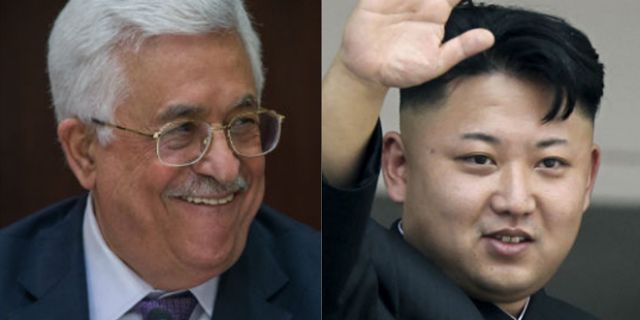 Palestinian President Mahmoud Abbas received on Thursday a cable of thanks from the Secretary-General of the Korean Workers’ Party, First Commander of the National Defense Committee of the Democratic People’s Republic of Korea, Commander-in-Chief Kim Jong-un, in response to his congratulations on the liberation day.

Last year, Abbas sent Kim Jong Un a basket of flowers for the occasion of “The Day of the Shining Star,” Kim Jong Il’s birthday.

Another floral arrangement was lovingly hand-delivered last September for the DPRK’s founding anniversary and yet another flower basket for New Year’s Day this year. And last year’s  Liberation Day was accompanied by yet more flowers.

Despots really look after each other, don’t they?