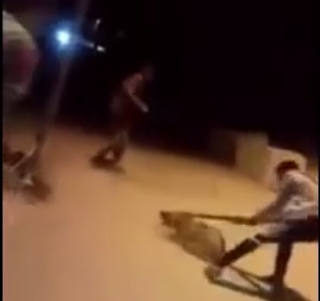 A court in Rafah in the southern Gaza Strip issued a prison sentence of three months to two young men who tortured and killed a dog.

The two men  were arrested 15 days ago on charges of killing a dog after video of the crime spread on social networking sites.

The incident was widely reported in Arabic media, with the news reports calling the crime “heinous” and “disgusting.”

Those are words that one never sees in Arabic to describe any attacks on Jews.

On the contrary, those who murdered Jews (or even attempted to murder Jews) are considered heroes. They get salaries in prison and automatic jobs when they are released.

So by any measure, dogs – which are generally reviled in popular Muslim culture – are infinitely better than Jews.