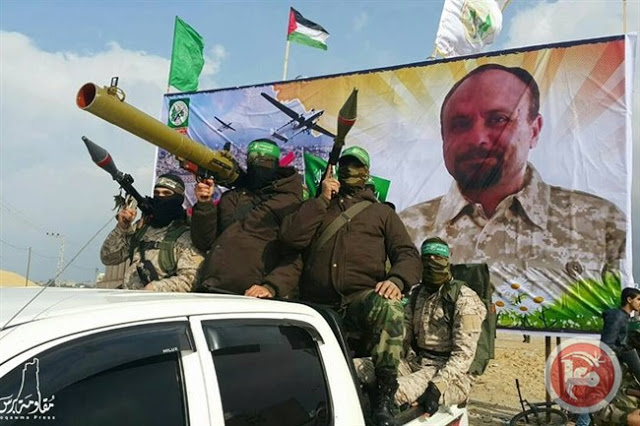 Hamas today honored the memory of Mohamed Zouari, who was assassinated in Tunisia on December 15, with a parade. 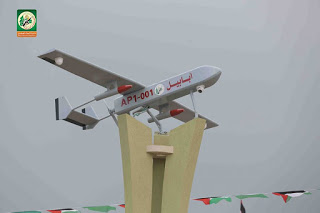 Zouari was the engineer behind the Abadil drone that Hamas has used on occasion. At the ceremony, they unveiled a memorial statue for him.

During the ceremony Hamas admitted that Zourani had visited Gaza clandestinely many times.

Hamas has blamed Israel and the Mossad for his assassination, and when you read the details of the operation, they are almost certainly right.


In Jerusalem there is no comment on the assassination in Sfax, although the military reporters, a small caste of about thirty “trusted” journalists with access to classified information, have eyes that sparkle and smile in the corner [when asked]. In private, most of them suggest that the services of other countries would not be alien to the operation. Others stressed that Egypt also wanted to put an end to the engineer since Hamas would have helped the Islamists linked to Daesh who are fighting the Cairo army in the Sinai desert.

In any case, the “liquidation” of Al Zoari was conducted like a James Bond movie: a truck blocked his car and two European-type killers riddled it of with about twenty bullets, of which three hit him in the thorax.

According to the Tunisian police, at least eight men were involved in the case. Four suspects, including a Belgian of Moroccan origin and a mysterious Hungarian “journalist” who met Al Zoari on the eve of his assassination before disappearing without a trace, are currently being sought. In addition, four cars (including two rental) linked to the assassination were found as well as two pistols equipped with silencers.

In order to erase the traces of the operation, hackers broke into the surveillance system of a restaurant near the place of the assassination and erased the contents of the recordings made by the cameras.