Iran’s GDP has never recovered to its pre-revolution levels.

Israel’s has now quintupled Iran’s GDP per capita. And this is before US sanctions kicked back in. 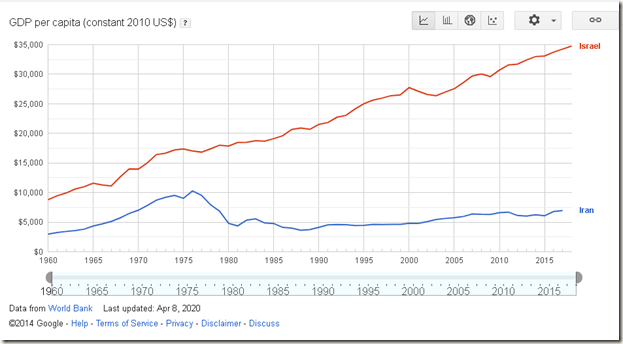 Israel is close to Iran’s total GDP  even though Iran has nearly 10 times the population. 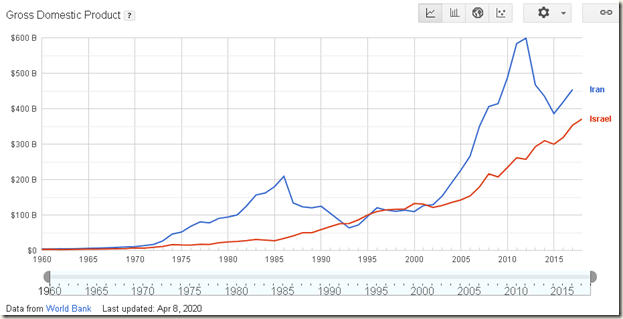 When Iran says Israel won’t exist in 2040, perhaps it is talking about itself.