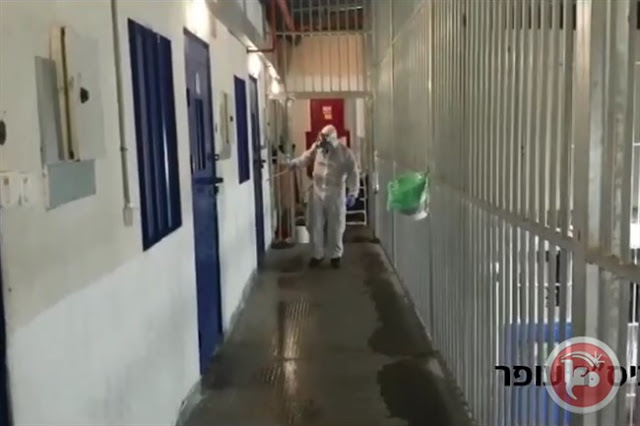 I reported last Wednesday that Palestinian leaders, including Mahmoud Abbas, Mohamed Shtayyeh and Saeb Erekat, were going to international bodies demanding pressure for Israel to unilaterally release Palestinian prisoners and terrorists, falsely claiming that Israel is negligent towards their medical needs and does not provide prisoners with cleaning supplies.

Now Ma’an quotes an Israeli broadcast saying that the Israeli Prison Service has a comprehensive plan to address the threat of infection in the prisons and is fully aware of the dangers of having a population in prison.

Strict sterilization and disinfection is being done in all prison cells, prison departments and shared places.

A team has also been established in each prison, whose specific mission is to maintain frequent cleansing.

Israel can expect no thanks from the Palestinian Authority or Hamas, who apparently would prefer that an outbreak occur for public relations purposes.

Last week, a rumor was spread by social media, Palestinian NGOs and then Hamas that four  prisoners had contracted the virus, and Israel had to announce – together with the Palestinian Authority – that it wasn’t true. In fact, four prisoners were suspected of being in contact with someone who became ill so the four, who have no symptoms, have been quarantined.

This doesn’t stop haters from spreading ridiculous rumors, like the IPS is telling prisoners to use socks for masks.

The US State Department mentioned in a press briefing that the U.S. embassy in Jerusalem noted that “the Palestinians and the Israelis are having excellent cooperation and exchanges on COVID-19.”  There was an article about this cooperation in Al Monitor last week as well.