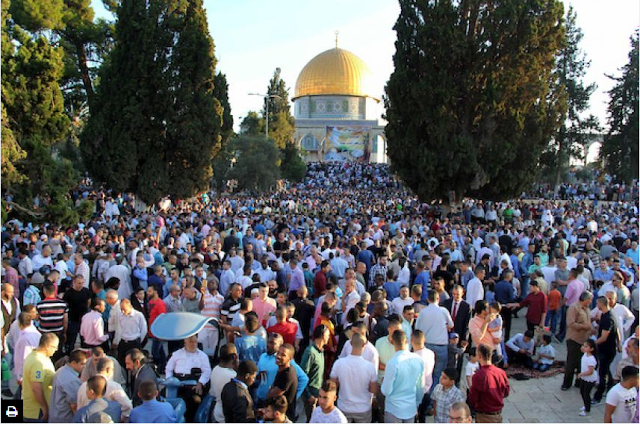 Today, the second Friday of Ramadan, sees hundreds of thousands of Muslims converging on the Temple Mount in Jerusalem, Judaism’s holiest site.

And Israel lets them in.

Israel even allowed over 100 Gazans to enter the compound.

As a point of comparison, Palestinian Muslims, who obsessively count this, say that 2649 “settlers” (plus several hundred police and security officials to protect them) “stormed the Al Aqsa Mosque” during the entire month of May.

Which is the highest number ever. (The numbers were higher because of Jerusalem Day and Yom Haatezmaut.)

Maybe Jews should learn to get angry every once in a while.

It is worth mentioning that when the Temple Mount was controlled by Jordan, the numbers of visitors to the site during Ramadan was significantly smaller than today. It is hard to know from newspaper stories at the time but it sounds like perhaps several thousand would pray there, rather than hundreds of thousands seen today.