The FBI has placed Ramadan Shallah, head of Islamic Jihad, on its Most Wanted list: 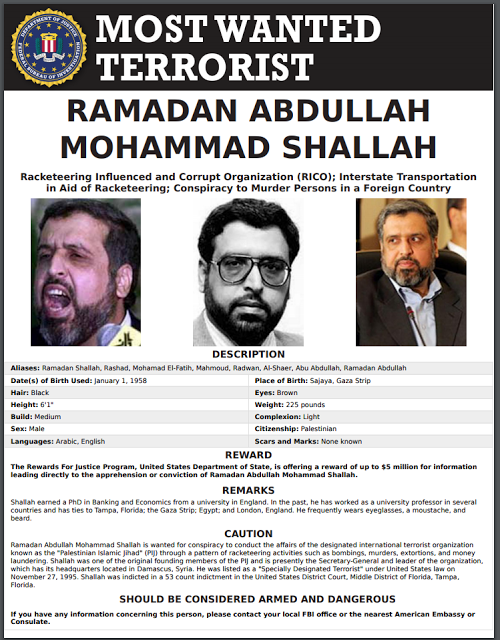 Naturally, the “moderate” Fatah movement headed by Mahmoud Abbas is on the side of the terrorist, not the US.
Abbas Zaki, a member of the Fatah Central Committee, gave full throated support to the terrorist leader, saying “Dr. Shallah is a fighter for freedom and liberation of his country.”
Zaki said, “Allah forbid that Dr. Ramadan Abdullah Shallah be considered a terrorist. He is a fighter for freedom, and these actors (the FBI) is working against human freedoms and national sovereignties.”
Zaki said that the FBI were mere slaves of the Zionists.
He also expressed concern over the possible increased danger to Ramadan’s life.
He expressed no concern over the lives of hundreds of Israelis killed by Islamic Jihad under Shallah’s leadership.