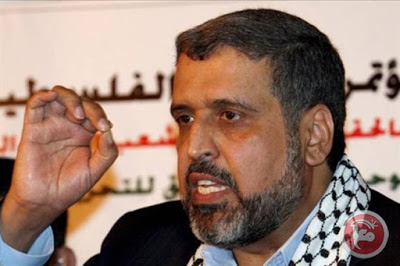 Palestinian Islamic Jihad (PIJ) denied rumors of an attempt to assassinate its leader Ramadan Shalah, saying that the reason he was in the hospital is that he had undergone heart surgery in Lebanon and was recovering.

The rumor was that he was poisoned.

Islamic Jihad admits that he has been ill for weeks and says he is now in stable condition.

According to press sources, Ramadan Shalah entered a coma a few weeks ago after undergoing surgery at the Al-Rasoul Al-Adham hospital in the southern suburbs of Beirut.

It is notable that until the rumors started, Islamic Jihad didn’t even admit that he was in the hospital. And their denial now doesn’t mean much – their willingness to cover up his hospitalization for weeks indicates that they would be willing to lie about what is wring with him. Poisoning seems unlikely, but anything is possible.

Just another reminder that what you read in Palestinian Arab media and organizational statements are primarily meant to advance a narrative, and only secondarily to inform people of the truth.

The good news is that a terror leader is quite ill.