The Spring 2017 edition of Fathom – a journal that offers a lot of interesting material on Israel – includes a review of a book that was publishedlast year under the title “Israel and Palestine: Alternative Perspectives on Statehood.” As this title indicates, the book is yet another attempt to legitimize proposals to do away with the world’s only Jewish state, though it also features contributions by academics who reject the so-called “one-state solution”. According to the Fathom review, the book “originated in a 2011 conference organised by the Political Science Department of Tel Aviv University,” and in view of this information, I was sure that the Richard Silverstein mentioned as one of the contributors couldn’t possibly be the notorious blogger.
Well, I was wrong… 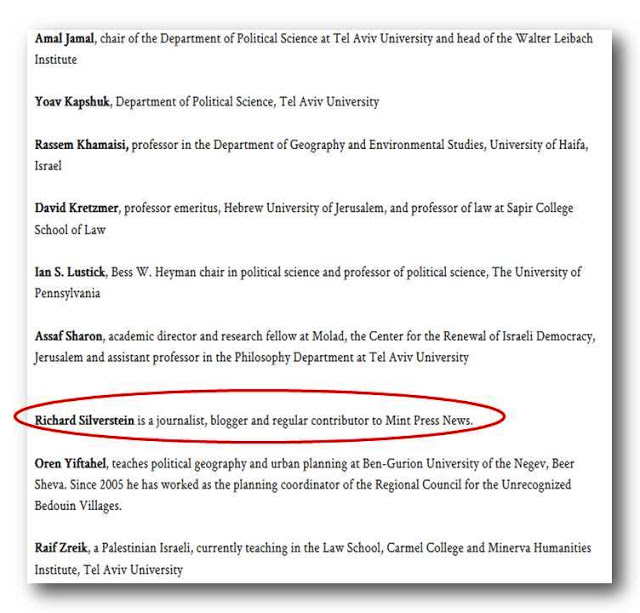 The fact that a contribution by Silverstein was included in the book (Chapter 3: Israel and the Closing of the American Jewish Mind) is unfortunately not criticized in the Fathom review, though it arguably provides a revealing glimpse of the odious company anti-Israel academics keep. Apparently, Silverstein didn’t quite have what it takes to finish his Ph.D. – he says he “studied for a PhD at UC Berkeley”– and while he has dedicated fans among Israel-haters, he has long been known as a zealous propagandist who will use racial slursagainst opponents and who loves to come up with bizarre conspiracy theories and imaginary “scoops” that suit his agenda.
As I’m writing this, I just see a new EoZ post mentioning Silverstein among those who live in a fantasy world where “Israel and ISIS are allies” – and we also learn that Silverstein is now a popular contributor to Russia Insider, where almost 10K readers thought his story about Israel’s imaginary alliance with ISIS was worth sharing… It’s just one of many Silverstein posts that could be entitled with an updated version of the Nazi slogan “The Jews are our misfortune” – as Silverstein’s message is clearly: “The Jewish state is our misfortune.” And it turns out that his message is popular: The widely shared Russia Insider post is recycledfrom the Middle East Eye, where it also got several thousand social media shares under the title “Ultimate opportunism: The tacit Israeli-Islamic State alliance in Syria,” and it was first published on Silverstein’s own blog under the title: “BREAKING: Former Israeli Defense Minister Confirms Israeli Collaboration with ISIS in Syria,” with the social media counter again showing several thousand shares.
Fake news about Jews behaving badly remain unsurprisingly popular. 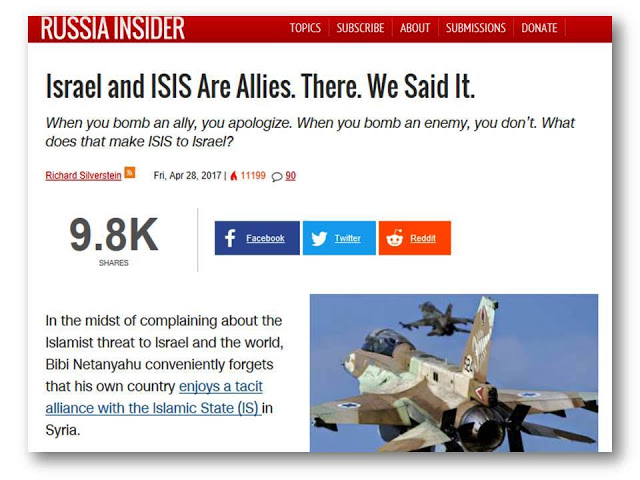 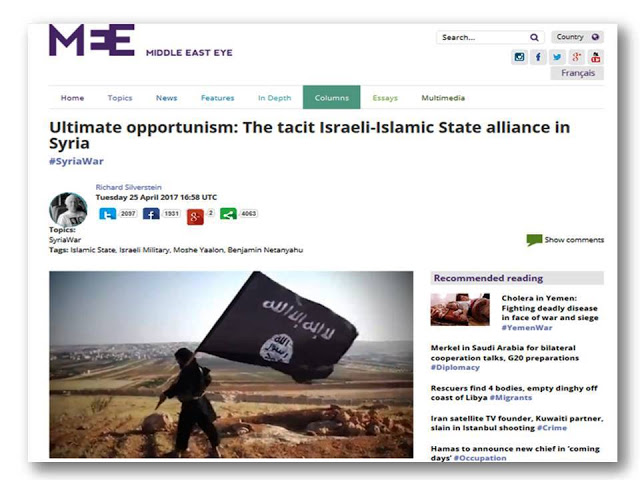 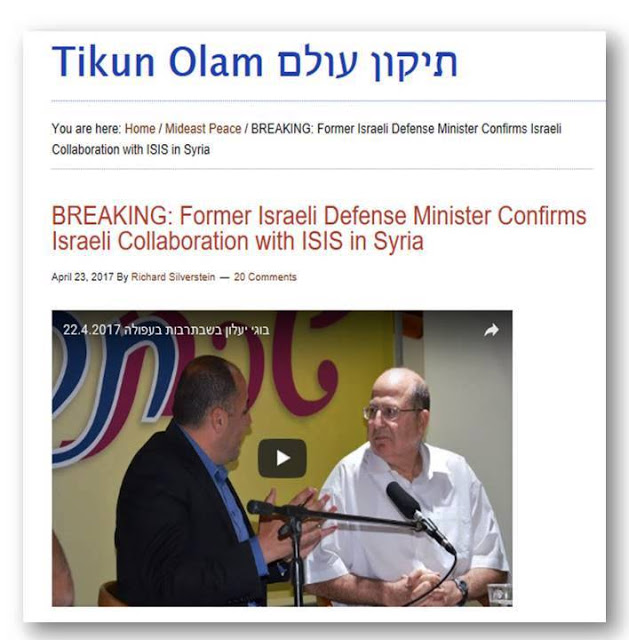 While I think a supposedly “academic” book that includes a chapter by a fake-news propagator like Silverstein should not be taken seriously, I am all too aware that advanced academic degrees and prestigious positions don’t necessarily provide protection from irrational views on Israel. Ian S. Lustick, Bess W. Heyman chair in political science and professor of political science at the University of Pennsylvania, is a good case in point. His chapter on “Sense of the Nakba: Ari Shavit, Baruch and Zionist Claims to Territory” is criticized in the Fathom review as based on a “tendentious view” that seems “odd” and that “would be regarded as absurd if applied in the Americas.”
But there’s more that could be described as “tendentious,” “odd” and “absurd” about Lustick’s views on Israel. As Martin Kramer has pointed out, Lustick insisted in the early 2000s that “that the success of the ‘peace process’ in achieving its aim of two states wasn’t only plausible and possible,” but that it was ultimately “inevitable.” Yet, a decade later, Lustick “reversed his supposedly well-considered, scientifically informed assessment […] without so much as a shrug of acknowledgement” and penned a lengthy New York Times op-ed in favor of a “one-state solution,” assertingthat it wouldn’t be “the end of the world” if the world’s only Jewish state ceased to exist and was replaced by “a single state [that] might be the route to eventual Palestinian independence.”
A few weeks after writing this op-ed, Lustick hosted Max Blumenthal to promote his odious screed Goliath, which equates Israel with Nazi Germany. As I have described previously, Lustick highlighted during the event with apparent approval that Blumenthal showed in Goliath that “Israel is not just a little bit fascist, Israel is a lot fascist.” Lustick pointed out that this was the “ultimate delegitimizer” because after World War II, “nothing fascist can even be allowed to survive.” Referring to the biblical story of the destruction of Sodom and Gomorrha, Lustick then proceeded to ask Blumenthal to fancy himself in the position of God in order to decide whether there are enough “good people” in today’s Sodom-like Israel to save it from destruction. Blumenthal, who really didn’t need convincing that Israel as a Jewish state shouldn’t be allowed to survive, asserted that his priority was relieving “the suffering of the indigenous people of Palestine,” which could only be achieved by “external pressure” – as advocated by the BDS (boycotts, divestment and sanctions) movement – on Jewish Israelis in order to force them to choose between emigrating and agreeing to “become indigenized” by accepting Arab dominance in political, cultural and social terms.
After Lustick had encouraged Blumenthal to ponder the question if there were enough “good people” in Sodom-like Israel to save it from destruction, it was hardly surprising that he didn’t object when Blumenthal responded by openly calling for the demise of the Jewish state and a “Juden raus”-policy for those of Israel’s Jews who would be unwilling to “become indigenized” after the hoped-for victory of the BDS movement.
When it comes to the world’s only Jewish state, there is apparently no lower limit in academia: academics with prestigious positions will happily legitimize scribblers like Silverstein and Blumenthal whose only qualification is their intense hate of Israel.