The lower house of Ireland’s Parliament approved a bill on Thursday that would ban the import or sale of goods originating in all “occupied territories,” with lawmakers’ discussions centered on eastern Jerusalem, the Golan Heights and the West Bank.

The Dail passed the measure by a vote of 78-45 with three abstentions. It is the second of a five-phase process, according to reports.

The measure introduced by the conservative Fianna Fáil – The Republican Party would make illegal “the import and sales of goods, services and natural resources originating in illegal settlements in occupied territories.” Sinn Fein, a left-wing party, supported the bill.

Fianna Fáil foreign affairs spokesman Niall Collins told the Irish Independent ahead of the vote that his party has become “increasingly concerned about the actions of Israel and its continued and blatant disregard for international law.” He said the bill would not harm trade in Israeli goods, just goods produced in the settlements.

Actually, the bill can and would affect lots more than “goods produced in the settlements.”

The text of the proposed law says, in part,

“settlement service” means a service provided in whole or in part within a relevant occupied territory by an illegal settler.

If Apple or Google or Microsoft have employees who are allowed to telecommute from one of the many Jewish areas of Jerusalem that Ireland considers “occupied,” then the high tech companies are assisting that person in providing a settlement service and could be fined and jailed.

As Eli Lake writes in Bloomberg, this would not only force the companies to choose between doing business in Ireland or Israel, but also could run foul of US laws:


This would place U.S. companies in a bind. If they follow Irish law, they would have to either fire the telecommuting employee or not allow the employee to work from home. If they did that, however, the companies would be participating in a boycott not sanctioned by the U.S. government. And that, as Kittrie observed last year, would in turn risk violating the anti-boycott sections of U.S. export regulations.

Beyond that, if an Irish citizen visits Israel and decides to visit this kosher coffee shop in the Old City, she could be fined up to €250,000 and go to prison for five years. 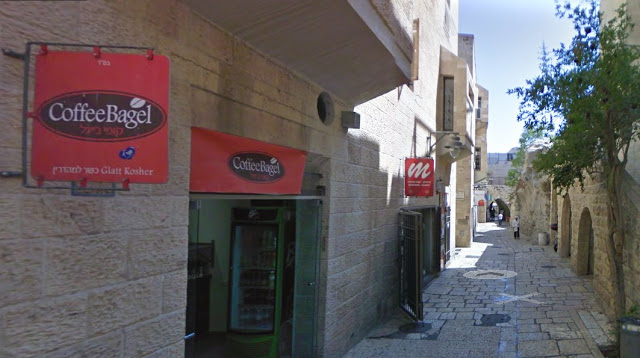 And don’t be fooled by the language of the law that says it is against any occupation. As Trocaire – an NGO that supports this legislation – writes:


2. DOES THIS BILL ONLY AFFECT ISRAEL?
If enacted, the legislation would apply to territories where there is a clear international legal consensus on the status of the occupation. As it stands, only the occupied Palestinian territories have been confirmed as occupied by the International Court of Justice. However, this Bill allows for other territories to be included so long as there is consensus between the Minister for Foreign Affairs & Trade and both houses of the Oireachtas.

It just so happens that Irish oil firms Island Oil & Gas, Longreach and San Leon are stealing oil from Western Sahara territory occupied by Morocco, and the native Sahwaris aren’t happy about it. But this bill doesn’t cover that.

When an “anti-occupation” bill is written in such a way that it only targets the Jewish state while allowing corporations to profit from other occupied territories, you can safely say that it is antisemitic.