Iranian President Hassan Rouhani claimed that Iran has always had close and very good relations with the Jews of the world.

At a press event with Austrian Chancellor Sebastian Kurz, Rouhai said that it was “Zionists, as an occupying and unjust group,” who are persecuting people, imposing a siege on the people of Gaza, bombing innocent civilians, and  – in a most ironic statement – intervening in Syria.

“The Iranians have sheltered the Jews in Babylon, so they are always indebted to Iran and the Iranians,” Rouhani told the news conference.

Bizarrely, Rouhani is quoted by Iranian media as saying, “Our ultimate goal is to bring security and peace in the Middle East.”

For his part, Kurz said in front of Rouhani that he considers it “absolutely unacceptable” to question the right of Israel to exist or call for the state’s destruction, as well as to deny or minimize the Holocaust as Iran has done numerous times. 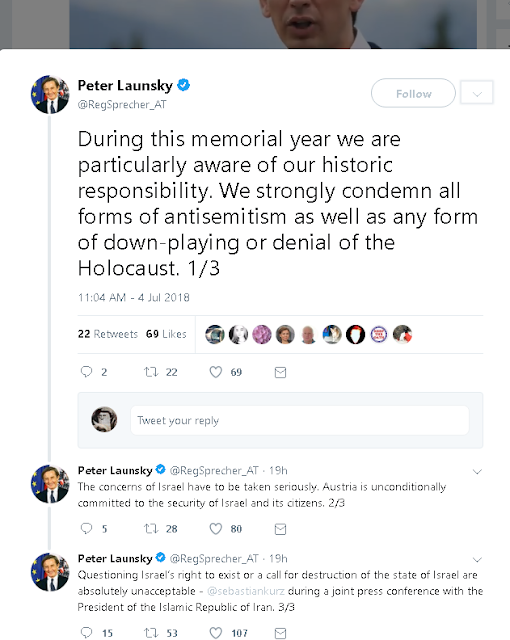 All of this came as a Vienna-based Iranian diplomat was arrested for his part in planning a terror attack in France against an anti-Iran rally.