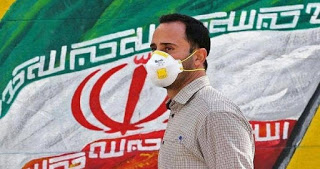 On Monday, a member of the Iranian National and Foreign Political Security Committee, Shahrouz Berzakr, claimed that an unknown deadly virus diefferent from Covid-19 has appeared in one of the Iranian provinces and caused the death of a nurse.

Barzakr told the ISNA news agency that “after a meeting of the members of the committee and the speaker of parliament with the Iranian Minister of Health this morning, what we understood from the words of the Minister of Health today is that there are two types of Coronavirus circulating in the country, one of which is the Chinese Wuhan virus and the other is a virus of an unknown source, and that the second virus did not show mercy to a 25-year-old nurse and killed her immediately. “

“The other virus is likely to be a type of American biological terrorism that Washington has transmitted to the country,” he noted.

Hours later, a spokesperson for the Iranian Health Ministry flatly denied that they claimed anything of the sort.

Meanwhile, about eight Iranians accidentally killed themselves by drinking alcohol in an effort to inoculate themselves from the coronavirus, four in Fars and four in Shiraz.