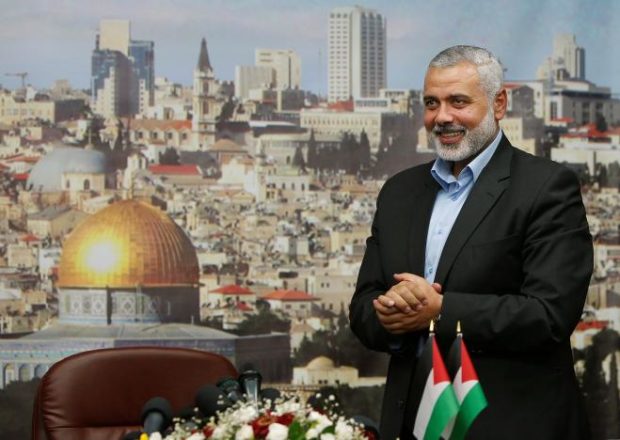 
Iran is holding meetings with Hamas and will allegedly resume its financial support for the organization, Palestinian sources said on Tuesday. Members of Iran’s Revolutionary Guards and senior Hezbollah figures were among those at the talks in Lebanon.

The move came after representatives from the Islamic Republic and the Palestinian terror group conducted intensive discussions in Lebanon over the last two weeks.

According to the sources, Iran and Hamas agreed to resume diplomatic relations to the level at which they were, before the Syrian civil war, when the sides broke off their close ties. It was also reported that Hamas leader Ismail Haniyeh is expected to visit Tehran in the near future.

Hamas reduced its staff and members by 30 percent including the Qassam Brigades because of difficult situations. Iran took advantage of Haniyeh’s elections as head of the organization to reinstate the relationship.

Iran supported Haniyeh reaching the leadership and didn’t support senior Hamas official Musa Abu Marzouk because of disagreements after Tehran accused Marzouk of falsifying truths when said that Iran was not transferring financial aid to Hamas or the Gaza Strip, and that relations between Hamas and Tehran were frozen.

Since the beginning, Iran was relying on Haniyeh’s diplomacy who leans towards reconciliation with Tehran unlike former leader Khalid Mashaal.

Thanks, Obama! Iran can afford to return to its funding of the major Palestinian terror group (they never stopped funding Islamic Jihad.)

There is a small silver lining here.

This article in a pan-Arab newspaper refers to Hamas flatly as a “Palestinian terror group.” Not a “resistance group,” not even a “militant group.” Asharq al Awsat uses the T word that Western news agencies are afraid to use.

Which means that Hamas has really lost the Sunni Muslim world.