As the fifth round of World Youth Chess Championships in India continued in India, the young Iranian female chess player Mobina Alinasab defeated a player from the host country to reach the top of the table of the competitions with 4.5 points.

Another Iranian chess player Mohammad Amin Tabatabei drew against an Indian opponent to rank 25th on the list of the best chess players with 3 points.

Arian Gholami was the third Iranian representative who avoided competing against a player from the Zionist regime of Israel and did not continue the championships.

I don’t quite understand this, as Gholami is playing in the Open U18 tournament, and I do not see any Israelis in that tournament.

(I only see one Israeli playing, in the Girl U18, and no matches between her and any Iranian.) 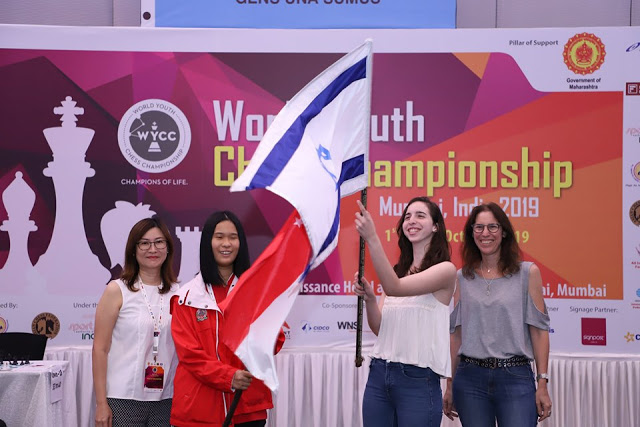 Gholami was still playing at the end of the competition.

While it is unclear what exactly happened, Iran is still bragging about not letting its players compete against Israelis, and for that alone the International Chess Federation should ban Iran from any tournaments at all.