Squirrel Hill may not be all Jewish, and the majority of the residents of this Pittsburgh neighborhood may not be Jewish, but it’s where the Jews have, for the most part, settled in Pittsburgh, and it’s where I grew up. I’ve heard non-Jews refer to Squirrel Hill as “Kike’s Peak,” and whenever I’m asked where I’m from and I say, “Pittsburgh,” the response is, “Squirrel Hill?”
To which I always answer, “Of course!”
But on my last visit to my hometown, and even my last three visits, I witnessed a neighborhood in flux. Because Pittsburgh is also a college town, this conveniently situated neighborhood attracts many Asian exchange students. Restaurants have popped up to serve these students, replacing the kosher bakeries, butchers, and delicatessens of my youth. Synagogues are closing their doors, unable to sustain a membership substantial enough to stay afloat.
Asked to accompany a blind relative to Jewish Family and Community Servicesto an evaluation, I notice something else. The waiting room is filled with Arabs, my relative and I the only Jews in this packed space, where we wait to be seen by a social worker. From their accents and colloquialisms, I gather these immigrants are from my neck of the woods, meaning from Israel and the disputed territories. I note that the walls are decorated with posters detailing the rights of and services provided to Holocaust survivors, which gives me an eerie start, and a feeling of cognitive dissonance.
One day earlier, in fact, I’d walked to the kosher grocery store and was stopped along the way by an Arab couple with their child. They’d asked me which way they might reach the downtown area, this way or that way, which was not a question I could easily answer, since downtown was not within walking distance. Later, I realized they must have just left the nearby JFCS to which I escorted my relative the following day.
As I sat in that waiting room at JFCS, I imagined what those Arabs might be thinking: The Yahudexist only to wait on us and give us services.
They might wish to smile approvingly at the informational Holocaust survivor posters, as they waited patiently for (probably Jewish) social workers, remembering with joy the extinguishing of over 6 million Yahud.
I wondered why, in this still largely Jewish neighborhood, there were mostly Arabs in the waiting room of JFCS. The history section of the JFCS website was helpful in explicating the reason. In 1998, the JFCS received a grant from the Jewish Material Claims Conference Against Germany to help it “identify and assist elderly Holocaust survivors in need.” But times change, so much so, that in 2017, JFCS changed its name from Jewish Family and Children’s Services to Jewish Family and Community Services, rebranding its “service programs to better reflect clients served and services offered.”
In other words, the JFCS is no longer doing so much for the Jews. Because the Jews are leaving Squirrel Hill. So JFCS is doing stuff for the “community.”
And that means immigrants. In many cases, Muslim immigrants, who may or may not take joy in a poster that reminds them of the genocide of Eastern European Jewry, and who may or may not take it for granted that the Yahud is there to serve them. They may or may not pass the candy when Jews are brutally murdered in a far off land called Israel.
The Jews meanwhile, God bless their liberal hearts, are treating these immigrants with respect and kindness, giving them all sorts of help and support. Instead of helping their own. Oblivious to the fact that Jews in a similar situation, for instance, seeking help at a Gazan social services center (were Jews allowed to enter Gaza, which they are not), would be raped, lynched, and dismembered.
I wanted to rip that poster off the wall. I didn’t want to remind these immigrants of a “victory” against my people—didn’t want to give them joy over the vanquishing of so many Yahud. I felt shame that we offered them services, serving as stooges, subordinate to Dar el Islam.
This swirl of thoughts in my brain, stayed in my brain. To outside appearances, I sat, calm and collected, patient, awaiting my turn. No one there would have any inkling that I was braver than that. That I lived in my ancestral land of Judea with pride, though their cousins pick us off, on a regular basis, using rocks, bus bombings, hatchets, firebombs, car-rammings, and kidnappings.
One month on, I am home again. I visit a Jerusalem Terem, one of a chain of immediate care clinics founded by Dr. David Applebaum, may Hashem avenge his blood. Applebaum and his daughter Nava were murdered by terrorists. David and Nava were having a father and daughter chat over coffee at Hillel Café, in Jerusalem.
It was the night before Nava’s wedding.
I sit in the waiting room of Terem. All kinds of people are here, reflecting the tapestry of Israeli society: people of all colors and religions, women with wigs, women with hijabs. No Apartheid here, no siree bob. 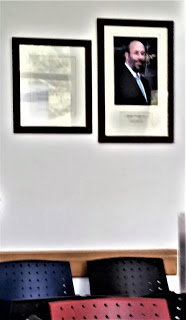 Then I notice it: up high on the wall, a photo of Terem’s founder, just a hint of a smile on his face. A second framed item hung alongside the first, this one a document summarizing Applebaum’s vision for immediate care in Jerusalem, and his murder by terrorists. Dr. Applebaum’s visage looked down on all of us sitting there awaiting treatment: Jew and Arab, alike.
To the liberal heart, this fact would bring joy: in spite of Arab terror, we Jews remain democratic, offering an equal standard of care to all, regardless of religion or nationality. But I felt no joy, no pride. Instead I had an overwhelming desire to cover up Applebaum’s photo. Why should they get to murder him, then benefit from his vision? Why should they sit smug in the knowledge of taking his life, while begging to have their own lives saved?
To tell you the truth, it vexed me.
On the one hand, there is no question that David Applebaum deserves recognition and honor for his far-seeing vision and contribution. On the other hand, it’s a chutzpah to allow his memory to be exploited by those who might or might not have passed round the candy, on hearing the news of his murder (and that of his daughter). It’s awful to extend a hand to people who might not think twice about murdering Applebaum’s people, just because they are Jews—people like me—just because, to their mind, we are Jews who live on soil that became part of Dar el Islam during the Muslim Conquest.
Here is the truth: Dr. Applebaum, HY”D, saves lives from beyond the grave, even the lives of those people whose culture is a culture of death. Because Applebaum’s culture—Jewish culture—is the culture of L’chaim, of life. 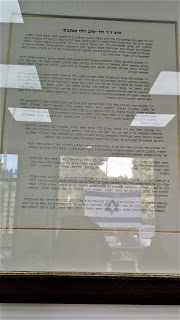 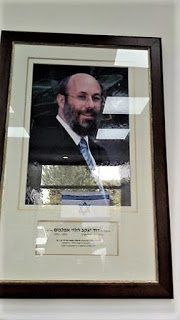 And rather than fill me with pride, the inequity of this “equality” infuriates me.
As it should, you.