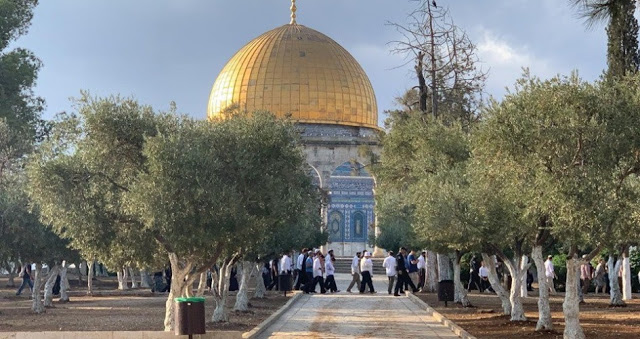 Palestine Today has a remarkable article:

Al-Kiswani said in radio statements that only certain numbers of endowments employees, the guardians of the blessed mosque and some workers will be present, where the full prayers will be held and he will be entrusted in front of the mosque with those present .

Sounds reasonable so far. Only limited numbers of people, worship only outdoors, all to help save lives. This is mature behavior.

But then he had to add this:


On the other hand, the director of the blessed Al-Aqsa Mosque held the occupation fully responsible for the lives of worshipers inside Al-Aqsa if the occupation forces opened the doors of the Moroccans to the settlers.

If Jews happen to also be in the general area – they never go anywhere near the Muslim worshipers – then the Jews are suddenly the ones responsible for the Muslims’ health, and not the Muslims themselves.

This sort of thinking is automatic, and no one questions how the mere presence of Jews some 20 or 40 feet from the Muslims makes Israel “fully responsible for the lives of the worshipers.”

But it is consistent with what we see – Jews must be blamed if possible, and only if there are no Jews to blame can a secondary party be sought to take the scapegoat place.