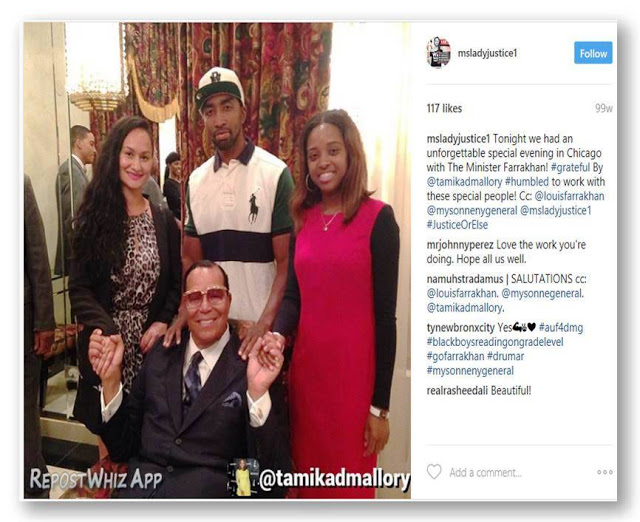 But I’m trying. So last week, the Women’s March issued a really inspiring #SignOfResistance “from the white women of WM.” Linda Sarsour re-tweeted it, so I’m sure it’s really very very woke!!! 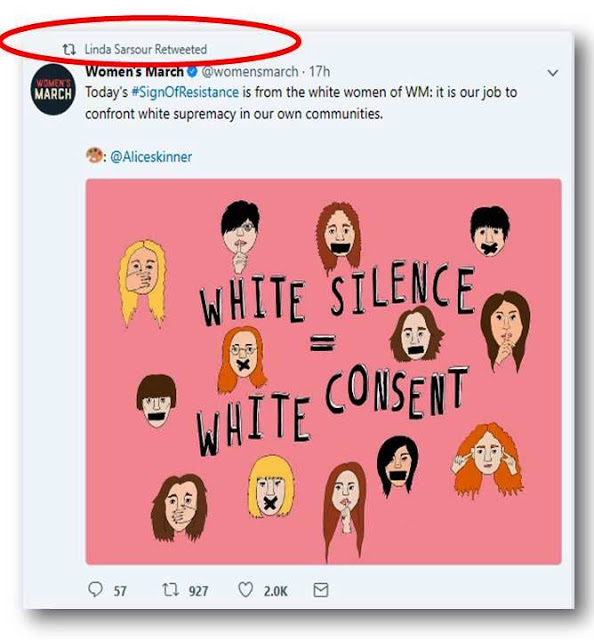 So impressive!!! It got me thinking: clearly, that means that also Muslim silence = Muslim consent, right? To get a bit creative, maybe it could be presented like this – what do you think??? 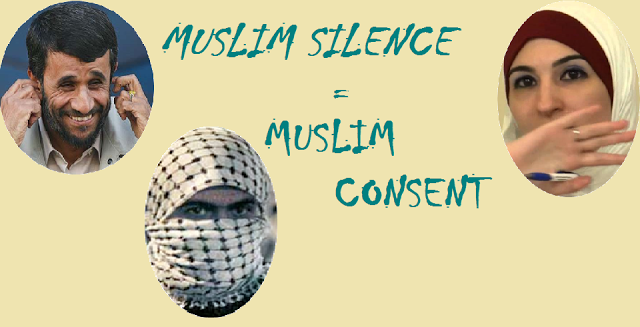 Now, related to identity politics, there was a bit of confusion because after Al Jazeera decided a few days ago to featureManal Tamimi as a “Palestinian supermom,” Elder tweeted a screenshot of one of her super-duper tweets. 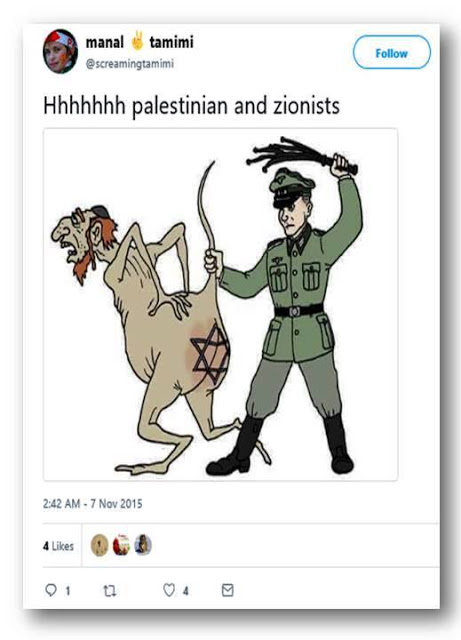 Some people wondered if Al Jazeera’s Palestinian supermom really meant to compare the Palestinians to the Nazi figure in the image. As I explained when I wroteabout Manal Tamimi’s remarkable Twitter output, an obviously well-meaning Twitter user warned her in Arabic that she had posted “a picture of Nazism” even though “the Palestinians are more honorable than the Nazis, they are defending their land and their freedom.” But Manal Tamimi wasn’t fazed and declared confidently: “The important thing is the idea, we the Palestinians are the ones who are going to teach Israel a lesson, we are going to hurt them and we will achieve victory over them as well.”
Now, I’m pretty sure that identity politics requires that everyone must respect the fact that Manal Tamimi self-identifies with the Nazis because she hopes to emulate how they “hurt” the Jews and achieved “victory over them.” Really, how could anyone dare to dictate (mansplain??? Whitesplain??????) to a proud Palestinian supermom what she aspires to??? And last but by no means least: let’s remember that Linda Sarsour often emphasizes that she’s “unapologetically Muslim and Palestinian,” and “Palestinian supermom” Manal Tamimi is clearly someone she’d admire – after all, Tamimi sends her kids to throw stones at Israeli soldiers, which is, accordingto Sarsour, “the definition of courage.”
Now excuse me, I have to make a list of all the things Muslims and Palestinians have advocated while Linda Sarsour remained silent and thus gave her consent…