Check out their Facebook page.
I Boycott Jerusalem Elections, Then Complain The City Ignores Me
By Alhaf Suwij, East Jerusalem resident 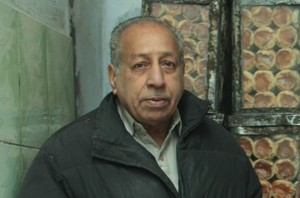 Ras-a-Amud, Jerusalem, October 31 – Maintaining one’s ideological principles is important. Me, I adhere to my people’s official position that participating in the holy city’s municipal elections normalizes occupation, and therefore all Palestinians must refrain from voting. But that will not stop me from criticizing the city government for disregarding the desires or expectations I thus refused to express.
Al-Quds has been an Islamic city since its conquest in the early eight century CE, and control of it cannot be relinquished – which means control by n non-Islamic entity must never be granted legitimacy. My peers and I will on principle never dignify the Zionist occupation of even a centimeter of this holy ground by setting foot in a Zionist-run polling place. And I will also enlist NGOs, a pliant media, and international bodies in railing against the city’s elected government for neglecting the needs of the Arab residents who could have cast a vote for representatives to fight for them on the city council, but refused to do so.
It is a matter of integrity. I cannot in good conscience condone non-Islamic control of Jerusalem, and I cannot in good conscience abandon the Palestinian sense of entitlement that characterizes our behavior on the world stage. I might not engage in the political life of this city, but by thunder, am I going to lambaste those who do for failing to do the job I refuse to do.
The international media, of course, make it easy. They echo, even amplify, the assumption that we deserve to be served by the municipality as we wish, and paint our refusal to participate in the city’s political administration as a noble position. Even some Israelis side with us on both points. Why should we change anything, then, if we get such sympathetic treatment in the public arena?
The icing on the cake, though, is when these NGOs and media people point to the inadequate services in Arab areas of the city – emergency medical services, firefighting, electrical infrastructure, sewage, plumbing, road maintenance, or what have you – and when the city or whoever does send people, those personnel get attacked because they’re Jewish, or because they’re acting on behalf of the illegitimate Jewish administration of the city. It’s poetic in a way I find difficult to articulate.
In this week’s municipal elections there were some residents of our neighborhoods who did participate, and one even ran for office. That cannot be allowed to continue! Getting our needs met by others without our having to take responsibility is an inseparable part of the Palestinian way of life. Any attempt to alter that constitutes an attempt to undermine our very culture and identity.