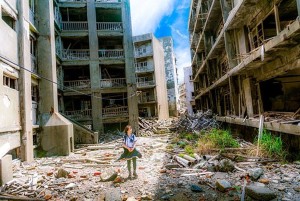 Tel Aviv, May 15 – Tragedy struck the Middle East today when a careless reporter omitted the geopolitical context of an annual entertainment event, resulting in the violent killings of 300 in the ensuing riots.
A British Broadcasting Corporation article on Wednesday covering the Eurovision song contest taking place in Israel’s commercial and cultural hub on the Mediterranean, Tel Aviv, neglected to include a sentence, paragraph, or digression to invoke Palestinian grievances against the Jewish State. The omission sparked violent protests and an earthquake, and scientists fear a plague may also result.
Palestinians recalled the scene with horror. “It was the Nakba all over again,” recounted an eyewitness in the Gaza Strip. “I feel thrice dispossessed: of my land, of my heritage, and of the international attention I’ve been getting for whining about not getting everything I demand and killing all the Jews between the River and the Sea.”
BBC representatives apologized for the oversight and vowed an investigation as well as procedures to ensure no such omission occurs again. “We have deviated from our core journalistic mission if we do not cast every event in light of Palestinian suffering,” lamented Senior Editor Edward Norwich. “This holds true for articles about cuisine, theater, international trade, technology, and economics, so it goes without question that this article should have at the very least included mention of protests, BDS, of restrictions on Palestinian movement, something, anything to prevent the reader from getting the wrong idea that the Palestinian issue must dominate human consciousness. We failed here, and we must address that.”
Eurovision’s official position eschews politics. Under Eurovision rules, Israel is hosting the event after its contestant Netta Barzilai won last year’s competition. Despite calls by several entertainment figures to boycott this year’s Eurovision because of its location, it has already generated unprecedented participation, leaving the political context on the margins. Reporters must therefore go out of their way to include political angles in their stories, which has not proved challenging to date, but has become awkward as audience sensibilities clash with those of the news media establishment.
“We’re trying to inform people of the right way to think and feel,” explained Norwich’s colleague John Glubb. “But that’s becoming more and more difficult. I mean, it’s always been difficult, with Jewish control of the media, which of course does not include the BBC, except that I guess it would have to, considering our reach and our importance in shaping narratives. Anyway, what was I saying again? It’s a tragedy, is all, and we can’t let this happen again.”