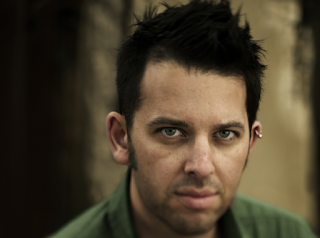 At the New York Review of Books, anti-Zionist Antony Loewenstein wrote an article called “Exporting the Technology of Occupation“. The key paragraph:

Over more than half a century of occupation, Israel has mastered the arts of monitoring and surveilling millions of Palestinians in the West Bank, Gaza, and Israel itself. Israel is now packaging and selling this knowledge to governments that admire the country’s ability to suppress and manage resistance. Israel’s occupation has thus gone global. The country’s defense exports reached a record $9.2 billion in 2017, 40 percent higher than in 2016 (in a global arms market that recorded its highest ever sales in 2017 at $398.2 billion). The majority of these sales were in Asia and the Pacific region. Military hardware, such as missiles and aerial defenses, was the largest sector at 31 percent, while intel, cyber, and information systems comprised 5 percent. Israel’s industry is supported by lavish domestic spending: in 2016, defense expenditure represented 5.8 percent of the country’s GDP. By comparison, in 2017, the American defense sector absorbed 3.6 percent of US GDP.

The article decries how Israel is making so much money by selling weapons and cybersecurity software that, Loewenstein implies, are solely created to crush Palestinians.

The reason the story sounds reasonable is because Loewenstein is framing Israel’s existence in terms of how Palestinian Arabs view it. When you use a flawed framework it is easy to make anything look bad.

But the real background for Israel’s leadership in defense and cybersecurity tools isn’t because of its supposed desire to repress the Palestinian people. It is because over the decades, Israel’s enemies (including but not only the Palestinians) have sought to destroy it, and in many cases Israel had to create its own defenses from scratch.

So when Hamas shoots rockets into Israel, Israel creates Iron Dome (a notable example not mentioned in the article.) Of course Israel would like to export Iron Dome to other countries.

When Hamas and Iran (Hezbollah) dig tunnels into Israel, Israel has to devise new methods to detect and stop them. One day that technology may be commercialized.

Israeli spies, like those of every other country, look for new ways to hack phones and computers.Whether that technology should be exported to repressive regimes is a reasonable question, but it is hardly unique to Israel – every Western power exports weapons and cybersecurity software to other countries that may or may not use them in the most moral of ways. (Loewenstein’s main example is the rumor that Saudi Arabia used software from an American-owned Israeli cybersecurity company to track Jamal Khashoggi’s movements. Given that Khashoggi voluntarily entered the Saudi embassy where he was murdered, it seems unlikely that the Israeli software is responsible for his death, but that’s Loewenstein’s main example of the evil of Israeli security tools.)

In short, Israel has been for 70 years a country under siege from its neighbors, near and far. It needed to develop ways to defend itself. This is the primary job of every nation. To twist that into a horrible plot of how Israel is oppressing Palestinians and using that know-how to profit from it is an inversion of reality. But when one looks at the world through “occupation glasses” where Israel is viewed as nothing more than a single-minded oppressor of a group  of people, then the story writes itself.

The readers of such trash usually don’t understand that the Israel being written about is a funhouse mirror reflection of reality, because the cherry-picked facts are mostly correct – it is the context and framework that are far off base.

It is the job of editors to separate the propaganda from the reality, but the New York Review of Books employs editors that seek such anti-Israel propaganda to begin with.