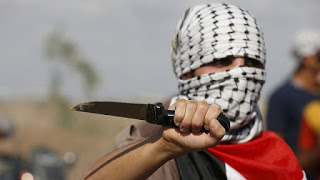 Ehud Yaari of Israel’s Channel 2 has a long and fascinating account of the strategies Israel used to bring down the level of violence from Palestinians in the territories to the levels of before September 2015.


For more than a year, Israel has been engaged in efforts to curb an intense wave of attacks by Palestinian youth acting on their own. This “Haba” (“eruption” in Arabic), as some Palestinians call it, has been gradually contained by the Israeli military and intelligence agencies. The scope of incidents has been dramatically reduced, leading to a sharp decline in the number of casualties on both sides. At its peak in October 2015, the Haba produced no less than sixty serious attacks a month, whereas by spring 2016 the number of severe incidents was down to four or five a month, close to the standard pace of terrorism in previous years.

Israeli security officials have invested much effort in studying the sudden rise in the number of violent incidents. The main features of the Haba were fairly easy to discern. First, most perpetrators have been quite young, between the ages of 17 and 22. Almost all of them have been unaffiliated with any Palestinian political faction. They embarked upon spontaneous individual initiatives, typically without sharing their plans of attack with friends or relatives. Often, they fit the definition of “from zero to hero” terrorists: They came mostly from the margins of their social groups; few if any were recognized as political activists or leaders among their peers. Social media, primarily Facebook, served as their platform rather than any of the many politically sponsored media outlets.
In most cases they were motivated by personal circumstances, striving to avenge and imitate previous attackers, and in some cases seeking to gain recognition as martyrs. Although many were driven to act by the widespread allegations that Israel was seeking to change the status quo at the al-Aqsa mosque, very few were devout Muslims. Patriotic sentiment trumped religion as the strongest driving force, coupled as always with feelings of indignation and humiliation at the presence of Israeli troops.

When the Haba was at its most active, a surprisingly high proportion of attackers were women—up to one fifth. Investigations showed that almost all of these women—including a 72-year-old grandmother from Hebron—were seeking to escape family hardships, such as pregnancies out of wedlock, arranged marriages, violence within the family, and so forth. Quite often it seemed that these women were seeking death or arrest in order to break away from their environment. In more than one instance, a young woman would wave a kitchen knife or scissors far from the Israeli soldiers, not posing any real threat, knowing that she would be immediately taken into custody.

In closed-door debates, proponents of a new and less muscular approach emphasized that most of the attackers came from the fringes of West Bank society: young people struggling with social marginalization, who had experienced repeated setbacks in their private lives or faced insurmountable personal or financial hardship. The collective profile of the assailants identified most as frustrated individuals who felt that their lives had reached a dead end, to the point that many sought salvation through martyrdom. Many of those captured during assaults told interrogators that they believed that death for the sake of jihad would reward them with the recognition they failed to obtain in life. It eventually dawned on Israeli analysts that many of the attackers who had maintained their own Facebook pages tended to replace their old pictures with new self-portraits just weeks, and sometimes only days, before setting out on an attack, so that mourning ceremonies could display photos of the “martyrs” that were appropriately current and flattering. In numerous cases, would-be assailants also wrote about their wish to sacrifice their lives in the form of short poems, Quranic verses, or tributes to other shahidis (martyrs).

This was an intifada of victims of Palestinian society trying to gain honor with their attacks. I mentioned this in the context of child attackers based on UNICEF reports earlier this week.


There are six main components of Israel’s counter-Haba strategy that have emerged over time. The first and arguably most important has been to reduce tension over the Temple Mount. Since its beginning, the Haba revolved around the sensitive situation at al-Aqsa mosque and it surrounding area. The Palestinian narrative, promoted by the PA as well as other factions, has claimed that the Israeli government wished to gain a Jewish foothold in this holy place and ultimately impose some form of divided control there. Allegedly, the Israeli government was moving toward establishing a new regime that would allow those Jews who wished to do so to pray on the Temple Mount.

Many Palestinians were sincerely concerned about the future of al-Aqsa. Both Islamist leaders and PA politicians urged Palestinians to defend al-Aqsa and struggle to retain exclusive Muslim control over the Temple Mount—what Muslims call Haram al-Sharaf. This has led to frequent skirmishes in the al-Aqsa courtyards as well as the stoning of Jews praying at the Wailing Wall below. The almost weekly outbreak of violence led Israeli authorities to outlaw the Islamic Movement within Israel that used to maintain shifts of “guards,” both men and women, in the mosque. These “Murabitoon” and “Murabitat” were also declared illegal and their presence in the Mosque discontinued.

This action quickly led to a sharp decline in the number and severity of clashes with the Israeli police.

Yaari, apparently a leftist, also claims that Israeli restrictions on Jewish prayer at the Mount helped tamp down tension, but that is clearly not true. The Palestinian media never backed down from their incitement as long as Jews visited in any form – there has been no change in reports of “Jewish extremists storming the Al Aqsa Mosque to perform Talmudic rituals.” The real difference was the banning of the “murabitat.”

The second and third parts of Israel’s strategy are also fascinating:

The second component of Israeli policy in dealing with the Haba concerned social media. As Facebook—and to a lesser degree Twitter, YouTube, and other social media platforms—became the favorite means of communication for would-be assailants and those inciting violence, Israeli intelligence diverted significant additional resources to monitoring the web, rapidly screening the flood of information to identify potential threats. The innovative software employed underwent continuous upgrades and adaptations, including methods to crack encrypted messages, commonly used by Hamas and Hezbollah operatives. A few months after the Haba began, no less than a third of Shabak manpower was already assigned to technological departments, this in addition to the massive capabilities of the famed 8200 division of IDF military intelligence.

The combined cyber effort allowed Israeli analysts to identify persons inclined to attack, and thus initiate preventative measures. At the same time, Israeli officials set “traps” in the different social media forums to lure potential attackers. Cyber offensives brought down sites engaged in inciting violence. Aided by the Shabak’s network of informants in every Palestinian locality, Israeli efforts thwarted roughly 400 intended assaults—almost half of all planned attacks, including some 20 plots to kidnap Israeli soldiers and civilians.
The third component has been selective retaliation. In response to the Haba, Israeli security agencies limited retaliatory measures to the immediate environment of the attackers. Family members of attackers, and sometimes their extended clans, were denied work permits in Israel, which are a major source of income throughout the West Bank. Some were also denied trade licenses and permits to enter Israel. Villages that produced several attacks were isolated, and temporarily put under lockdown with military checkpoints on all roads leading to them. When repeated stabbing attacks occurred, for example, at the Jalameh crossing point into Israel near Jenin, Israeli officials blocked all traffic, affecting trade of every sort. The security services also demolished the houses of attackers on occasion, imposing such a significant economic price on the families, clans, villages, and neighborhoods that local leaders felt obliged to deter the youth from perpetrating further attacks.

Officers from the six Israeli territorial brigades in the West Bank also kept in constant communication with Palestinian notables, mukhtars (local leaders), and schoolmasters. Private pirate radio stations pouring oil on the flames were raided and shut down. Prayer leaders preaching violence were arrested and sentenced. In many places, Israeli officials sought to identify and then capture the organizers of riots and those who offered money to teenagers willing to demonstrate. Gradually, these efforts helped create a powerful if quiet lobby among the Palestinian population against the expansion of the Haba into something more pervasively violent. Towns and villages not drawn into the cycle of violence received various economic incentives, so carrots as well as sticks played a role in this highly targeted approach.

The other components were better cooperation with the PA security forces, targeting weapons factories that tripled the price of locally-produced arms, and targeting Hamas in the West Bank which was trying to leverage the attacks into a wider, more organized movement.