“The Last Secret of the Temple,” by Paul Sussman, was a 2008 book that seems to have heavily borrowed from the Dan Brown playbook.


In the year 70 AD, as the Romans sacked and destroyed the Holy Temple in Jerusalem, a young Jewish boy was hidden away and chosen as the guardian of a great secret. For seventy generations this secret remained safeguarded. But in present day Israel, a Jewish radical threatens to reveal this hidden truth and use it to rend apart the fragile Middle East—and only an unlikely duo of hardened detectives of very different origins and a young, enterprising Palestinian journalist can unite to ward off disaster.

It received mixed reviews, but for some reason the publishing house decided that this book should be translated to Arabic back in 2010.

But how could one get Arabs interested in a book about the Jewish Temple to people who now pretend it never existed?

By telling the Arabs that the book was censored by Israel because it is so offensive to Jews! 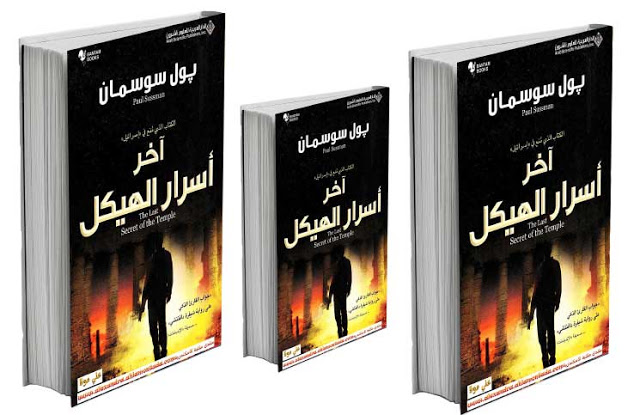 As far as I can tell, although I don’t think that the book has been translated into Hebrew, there is no ban on it in Israel and there never has been.

(Spoiler alert: the “last secret” is the magical Menorah which, using shades of the Chanukah story, never runs out of oil. The entire book can be read here.)

The books published by Bantam Books, along with “Arab Scientific Publishers Inc.”