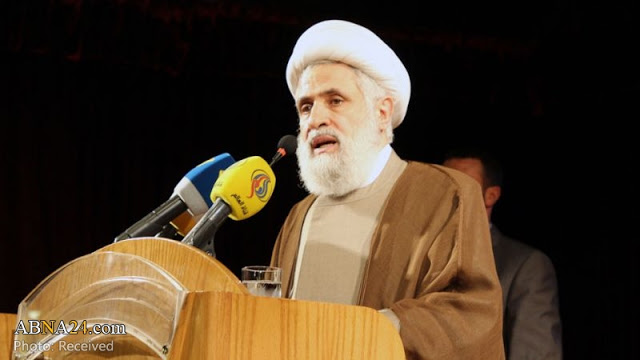 
Sheikh Naim Qassem, the deputy secretary-general of Lebanon’s Hezbollah Islamic Resistance movement, … said, “Do not forget the usurper Israel. All the calamities in the region and the world are from Israel but this regime moves and uses its mercenaries, supporters and spy services. This regime is preparing for the ‘Deal of the Century’ (an American proposal for the Palestine issue) but due to the Islamic Resistance and the nation of Palestine, who said ‘no’ to the ‘Deal of the Century,’ Israel cannot advance anything. We are certain that as long as the Islamic Resistance exists in the region, no American and Israeli project will be implemented.”

It’s funny how you never hear J-Street say that Hezbollah or Iran are obstacles to peace.
Then again, J-Street agrees with Iran and its proxy terror group Hezbollah that the US proposal for peace is so hideous that all forces must be mustered to fight it.
Yes, to J-Street, Naim Qassem is an ally and the Israeli government is the enemy.