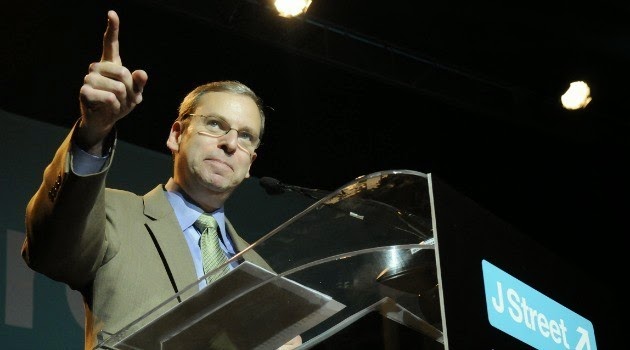 Ma’an reports that J-Street’s Jeremy Ben Ami met with PLO representative to the US Maen Areikat.

The article says they discussed “political developments in the American arena with the imminent inauguration of the new US president Donald Trump” and also “coordination and cooperation between the two sides and with other US Jewish and Arab and Palestinian organizations in order to rally support to find a solution to the Israeli-Palestinian conflict.”

In other words, J-Street actively meets with and strategizes with Israel’s enemies against Israeli interests, as defined by Israelis themselves.

Areikat famously said, very explicitly, that any Palestinian state would expel all Jews and would not allow them to become citizens (he walked that back when it became obvious that his words made him look bad.)

Airekat has claimed that Israel tested out a “new type of lethal bullets” on Palestinians. When called on this claim by a Reuters reporter, he said he would prove it – and never did. But his libel remains on Twitter.

And his many other baldfaced lies remain online as well.

I don’t think you can call the representative of an organization that openly praises Jew-killers and antisemites “pro-Israel.”

Yet this is who Jeremy Ben-Ami works together with as he works against Israel.

Any further questions about J-Street?