On Wednesday, someone started an Arabic hashtag “We are all Ahlam Tamimi,” to show support for the terrorist to murdered 16 people at a pizza shop who the US wants to have Jordan extradite. They attempted to create a Twitter storm with that tag on Thursday night.

Some people created posters in her honor: 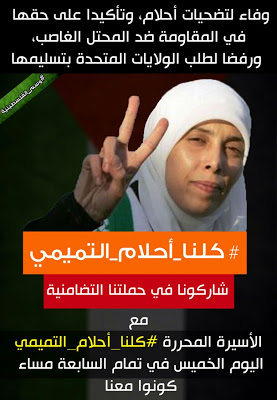 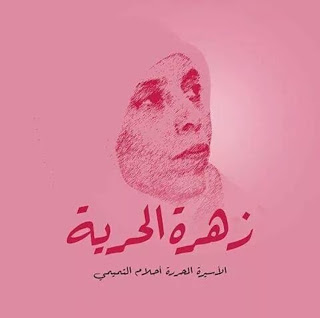 The flower of freedom
The freed prisoner Ahlam Tamimi 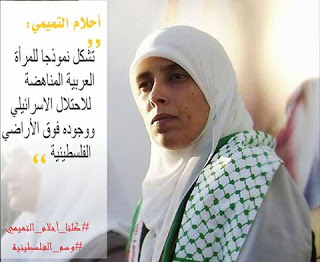 Ahlam Tamimi “is an example for the Arab woman resisting the Israeli occupation and its existence on Palestinian land”
(This is a quote of what Abd Al-Naser Farawna, head of the PLO’s authority for prisoners’ affairs said) 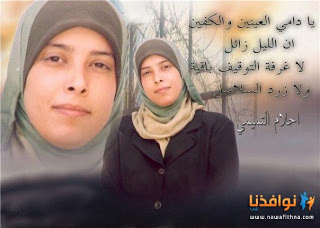 “Oh you with the bleeding eyes and hands,
The night will pass,
The detention room is not there to stay
And neither is the iron of the chains”
Ahlam Tamimi
(The quote is from a poem by Mahmoud Darwish)

Less than 50 people tweeted it, among them Tamimi herself, who is embracing the idea that she is a would-be martyr.

Of course, if she wants to sacrifice herself for her cause, then surrendering herself to the US would be an excellent way to do so.
If you want to see who Palestinians consider heroes, a writer and doctor names Said El-Haj tweeted:
Despite all the bad our situation, we still have an honorable and inspiring models.
# Ahmed Daqamseh (murderer of 7 Israeli schoolgirls)
# Ahlam Tamimi (murderer of 16 Israelis at pizza shop)
# Basil Al-Araj (Terrorist killed in shootout with IDF earlier this month)
# Rima Khalaf (UN ESCWA head who vilifies Israel at every opportunity)